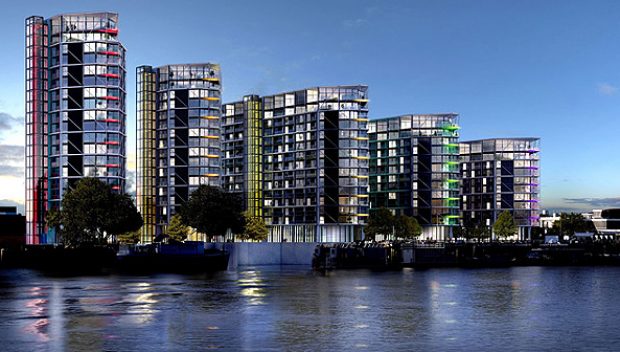 Two of Britain’s largest housebuilders, Berkeley Group and Persimmon, could hand out about £1bn to their top executives and managers in pay and bonuses over the next six years, boosted by strong UK house prices and government-subsidies for home-buyers, reports The Guardian.

Tony Pidgley, founder and executive chairman at Berkeley, is expected to face tough questions on Tuesday at the group’s shareholder meeting near its headquarters in leafy Cobham, Surrey, after it emerged last month that his pay package last year was worth £23.3m.

The bumper payout looks set to pale next to annual rewards he is on track to receive for the year to April 2016 and future years up to 2021. Together with four other Berkeley executives, future payouts could be worth about £500m at the group’s current share price.

Meanwhile, executives at Persimmon, the UK’s largest housebuilder, also have a Berkeley-style incentive scheme that is one of the most generous to be found at a London stock market-listed firm.

Persimmon, which makes 40 per cent of its sales under the government’s help-to-buy subsidy programme for home-buyers, is about to award the first tranches of bonus shares to its senior executives in December. The details were agreed a couple of years ago and some say the remuneration deal could pay out £600m-plus by the time it ends in 2021.

The Persimmon pay plan, however, is spread across 135 of the top team rather than just five executives. To land the maximum amount, the group must hit a series of profit forecasts as well as return £1.9bn to shareholders. Chief executive Jeff Fairburn stands to receive the largest number of shares and could be in for a £100m windfall eventually.

Asked about the group’s pay plan, a spokesman said: “The point of this scheme is to incentivise management to smooth the traditional boom and bust cycle … The incentives are aligned in order to protect shareholders so instead of chasing up land prices there will be times when the company will stand.”

The advisory group suggested it was “not considered approporate” that Pidgley’s pay package was worth 39 times that of the average employee at the firm. It has recommended investors vote against the company’s remuneration report and against Pidgley’s real.

Berkeley focuses on upmarket homes in London and the south-east of England, building one in ten of all new homes in the capital. Over the past couple of years it has benefited from low interest rates and the huge demand for housing in the most prosperous region of the country. The government’s Help to Buy scheme has also provided a boost- albeit only marginally – with around 2 per cent if its homes being part of the scheme.

Berkeley’s share price has risen more than 40 per cent since the election of a Conservative government in May, effectively removing the prospect of a mansion tax on higher-value homes. Pidgley, who has given to the Conservative party in the past, put his name to an open letter from business leaders in the run up to the poll calling for voters to back the Tories.

Ahead of Tuesday’s Berkeley shareholder meeting Manifest, a voting advisory agency, joined Pirc in criticising Berkeley Group’s executive pay strategy. It considers overall director remuneration to be excessive given the company’s size and scale and its performance.

Manifest doesn’t make any recommendations to investors over which way they vote at the shareholder meeting but it is clearly concerned by aspects of the Berkeley Group pay scheme.

Last year Berkeley Group saw 8.4 per cent of investors vote against its remuneration report and the year before that it was 10 per cent, not insignificant revolts but not enough to encourage directors to change behaviour.

Pidgley and his team retain the support of many investors who remember how Berkeley, unlike many of its peers, steered its way through the financial crisis of 2008 in comparative strong health, building a much-envied land bank that has propelled it to success in recent years.

In its annual report Berkeley claimed that it has outperformed its peers in the sector when measured on return on equity over the last seven years. It said that its pay policy aims to encourage, reward and retain its executives with a mixture of near-term and long-term targets.

Its shares have rocketed since 2011 when they traded at under £10. Now trading at more than £34 a share, the group is set to join the FTSE 100. Housebuilders’ shares were given a further lift last week on the back of a report from Barclays which is predicting that house prices will keep on rising.