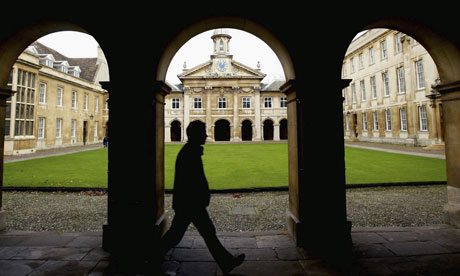 The government is being urged to act swiftly to halt a post-Brexit brain drainwhich threatens the international competitiveness of the UK’s university sector, reports The Guardian.

A significant new report by MPs sitting on the Commons education committee says the rights of 32,000 university staff from EU countries to continue working in the UK should be guaranteed as a matter of urgency.

It says the government should be prepared to unilaterally agree the rights of EU nationals in the UK before the end of the year, even if a reciprocal deal has not been agreed, to prevent an exodus of talented EU staff leaving the UK for competitor countries.

Launching the report, Neil Carmichael, the Conservative chairman of the committee, said: “Higher education in the UK is a world leader, but Brexit risks damaging our international competitiveness and the long-term success of our universities.”

The report, published on Tuesday, highlights a survey by the University and College Union (UCU) which showed that 76% of European academics in UK universities said they were more likely to consider leaving UK higher education as a result of the referendum vote.

A second poll of academics found that 53% of non-UK nationals were actively looking to leave the UK and the Guardian has heard reports of staff from other EU countries pulling out of job offers before they even arrive because of concerns about Brexit.

Carmichael welcomed recent moves by the government to guarantee funding and loan access to EU students planning to start courses in the UK in 2018, but said ministers should now act urgently to address the uncertainty over EU staff, who constitute 16% of the UK’s university workforce.

The report follows a six-month inquiry into the impact of Brexit on the UK’s higher education sector, during which MPs visited three different universities and took evidence from almost 40 different higher education institutions.

Among its other key recommendations, the report calls for overseas students to be removed from the net migration target. It also calls for reforms to the immigration system “to facilitate rather than obstruct” movement to and from the UK higher-education sector and urges the government to plan to match EU research funding in case access to Horizon 2020 and other research frameworks stops. It also calls for a home-grown alternative to the Erasmus student exchange scheme if UK students are barred from taking part post-Brexit.

Among those whose work is likely to be affected by Brexit is Prof David Lomas, vice provost (health) of University College London, who said that research into rare diseases, cells and gene therapy and regenerative medicine was all dependent on international collaboration.

“In order to service that kind of excellence, we need people from all over the world. We would like access to the EU funds and the very best people,” he said. “Post-Brexit, there will be an international market and there will be a flight to quality.”

Prof Sir Robert Lechler, president of the Academy of Medical Sciences, said he was more concerned about the recruitment of people than future access to funding. He said it would be a major concern “if we start losing the talent we have already got, or if we fail to recruit”.

Lechler said he had already lost a potential senior recruit, a biomedical engineer from Germany. Although Lechler said he could not be certain that the candidate’s reason for withdrawing from the job negotiations was Brexit, he felt it was a factor.

Responding to the education committee’s report, Alistair Jarvis, the deputy chief executive of Universities UK, which represents the higher education sector, said: “The committee is right to identify European staff, immigration policy and research collaboration as priorities for universities as Brexit negotiations start.

“The government should seek to secure continued close collaboration with EU research partners and also provide certainty for EU staff currently working in UK universities in terms of work and residency rights.”

The Liberal Democrats’ education spokesman, John Pugh, said: “Theresa May’s insistence on using European citizens as bargaining chips is already leading to an exodus of academics from the EU. The government must urgently reassure EU nationals they are welcome to stay before more damage is done to Britain’s universities and global standing.”

Sally Hunt, the UCU general secretary, said: “Along with international students, overseas staff make a huge contribution to UK society and I call on the government to end their uncertainty or risk damaging the UK’s ability to attract staff and students from around the world.”

ProfJulia Black, the interim director of the London School of Economics and Political Science (LSE), said: “UK universities are the envy of the world; to retain and build upon this status, we need to be able to continue to recruit and support the most talented staff and students, irrespective of country of origin.”