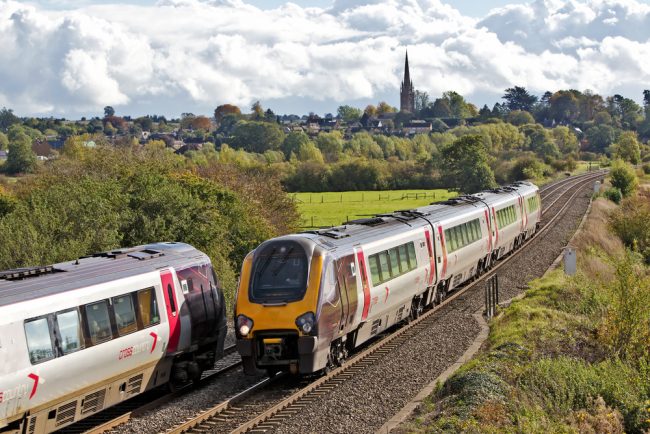 Operator Abellio has been awarded the East Anglia rail franchise and has ordered more than 1,000 new carriages and engines to run on the line as part of a £1.4bn investment, reports The Telegraph.

The deal will see Bombardier build 660 carriages at its Derby factory, guaranteeing jobs there for the next decade.

Announcing Abellio will run the franchise until 2025, transport secretary Chris Grayling said: “We are making the biggest investment in the railways since the Victorian era. Abellio’s decision will ensure our train building industry in Derby remains strong.”

Bombardier – a Canadian company – owns Britain’s only remaining business that designs and builds trains. It will supply its Aventra trains to Abellio.

The order was welcomed by Des McKeon, the company’s UK commercial director, who said: “We’re delighted to be chosen, pending final contract signing, as the preferred supplier for new trains for the East Anglia franchise.”

Winning the contract is thought to be key to Bombardier maintaining staffing levels at its Derby plant. In January the parent company announced a global restructuring that resulted in job losses across its UK businesses, as it cut 7,000 staff worldwide, some 10pc of its workforce.

Almost 600 roles went at its Belfast aerospace business as part of the shake-up, along with 270 at its rail business in England.

In 2011, the company cut more than 1,000 UK rail jobs after it failed to win a contract to build rolling stock for London’s Thameslink network. The Government’s decision to hand the work to Germany’s Siemens was described as “scandalous” by unions.

While Bombardier will build the bulk of the trains being ordered, Swiss engineer Stadler Rail will provide the remainder.

The decision to award the East Anglia franchise – which carries 97 million journeys a year – to Abellio is an endorsement for the business, which has operated trains on the network since 2012 and also holds the ScotRail and Merseyrail franchises. Abellio saw off rival bids from FirstGroup and National Express.

There had been some speculation the Government could delay awarding the contract for East Anglia, one of the busiest commuter networks into London, because of uncertainty caused by the UK referendum.

Bids were submitted long before Brexit was considered a possibility, meaning they reflected assumptions for demand that did not take into account a possible economic downturn as a result of the UK leaving the EU, which could reduce the number of passengers using the line.

The international arm of Dutch rail operator Nederlandse Spoorwegen, Abellio took on the franchise after the Department for Transport announced National Express was to lose it after it defaulting on another contract, the InterCity East Coast line.

National Express had sought a bail-out from the Government after ticket sales fell and it faced rising fuel prices. The East Coast franchise was re-nationalised in 2009, before Virgin Trains East Coast took over the service in 2015.