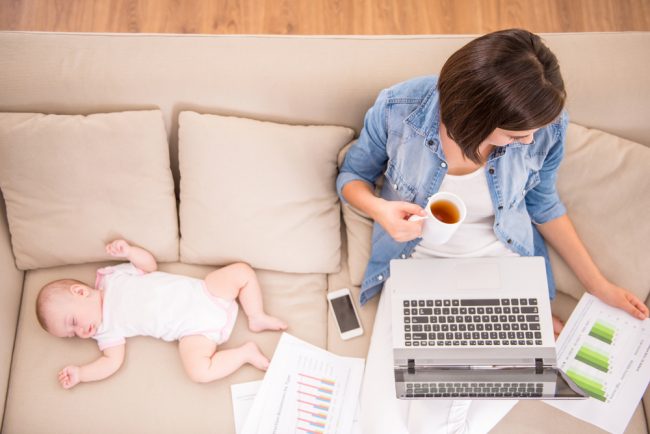 The Women and Equalities Committee is calling for a German style system, where it is harder to make women redundant during and after pregnancy, reports the BBC.

The number of expectant and new mothers forced to leave their jobs has almost doubled to 54,000 since 2005, it said.

The government said it would consider the recommendations carefully.

In Germany, from the beginning of pregnancy until four months following childbirth, employers can only dismiss an employee in very rare cases – such as the company going bust – and it needs government approval to do so.

In the UK, although it is illegal to dismiss a woman for reasons relating to having a child, a company can find other reasons for making her redundant.

Other recommendations from the report include more protection for casual, agency and zero-hours workers – such as making it easier for women to attend antenatal appointments.

It also suggested a “substantial reduction” in the £1,200 fee for women taking a pregnancy-related discrimination case to an employment tribunal – and recommended the three-month limit on taking cases to a tribunal should be doubled to six months.

The report cited research from the former Department for Business, Innovation and Skills and the Equality and Human Rights Commission, which found that 11 per cent of women reported being either dismissed, made redundant when others in their workplace were not, or treated so poorly they felt they had to leave their job.

“There are now record numbers of women in work in the UK,” said the committee’s chairwoman, Maria Miller.

“The economy will suffer unless employers modernise their workplace practices to ensure effective support and protection for expectant and new mums.”

She added that the government’s approach had lacked “urgency and bite” and that the work to combat this “unacceptable discrimination” needed to be underpinned by concrete targets and changes to laws.

The report also called for government assurances that rights and protections would not be eroded, given the uncertainty following the vote to leave the European Union.

Business Minister Margot James said: “It is completely unacceptable that pregnant women and new mothers are apparently being forced to quit their jobs because of outdated attitudes.

“Tackling this issue is a key priority of mine and this government and I would like to thank the committee for its important work. We will consider its recommendations carefully and respond in due course.”

Angela Rayner, shadow minister for women and equalities, said the report shows thousands of pregnant women are being “priced out of justice” because of tribunal fees introduced by the government.

Gillian Guy, chief executive of Citizens Advice, said it was a “confusing landscape” that meant “some bad bosses” were “getting away with treating their employees unfairly”.

Last week, a study for the Institute for Fiscal Studies showed that the earning power between men and those women returning to work after having a child becomes steadily wider. Over the subsequent 12 years, women’s hourly pay rate falls 33 per cent behind men’s.

“The last thing they want to do at this time in their lives is engage in a legal battle and in many cases, they simply can’t afford to,” she added.