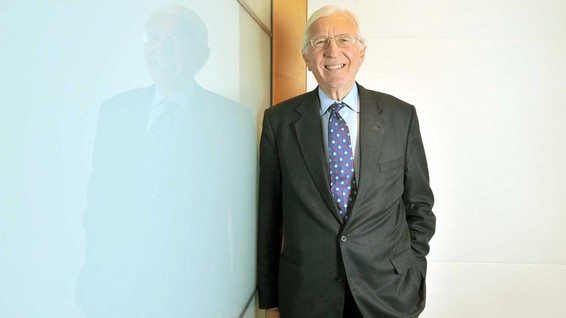 Sir David Walker said he was looking for a “polymath” to replace Bob Diamond, who resigned in the wake of the Libor rate-rigging scandal reports The BBC.

Sir David was appointed as chairman on Thursday, replacing Marcus Agius who also quit as a result of the scandal.

Sir David also wants to reform pay at the bank, he told the Sunday Telegraph.

Mr Agius and Mr Diamond both announced their departures when Barclays was fined £290m by UK and US financial regulators in June after some of its derivatives traders were found to have attempted to rig the Libor inter-bank lending rate.

Universal bank
Sir David is a senior banker who led the 2009 government inquiry into the rules governing how banks are run.

He said he was in favour of Barclays retaining both its retail and investment banking arms.

But he said he wished to speed up “ring-fencing”, so that the two divisions could be separated internally before the government’s 2019 deadline.

The government introduced the idea of ring-fencing to protect a bank’s High Street operations and to try to avoid a repeat of the 2007-08 financial crisis.

Sir David also revealed that he agreed “in principle” with the idea of making customers pay for current accounts.

Recent cases of mis-selling, such as interest rate swaps to small businesses and payment protection insurance (PPI), were “the consequence of not charging for bank accounts”, he said.