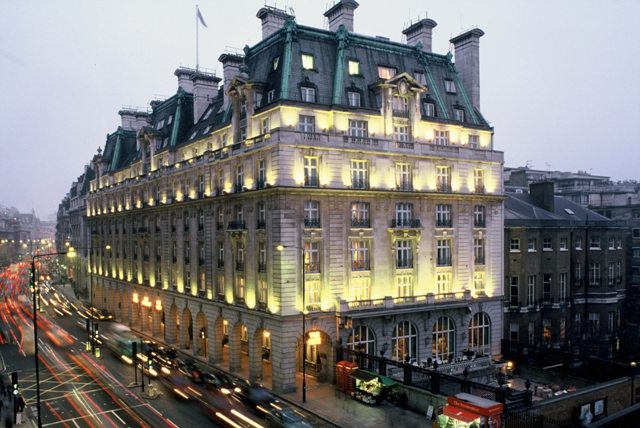 The BBC’s Panorama programme analysed the accounts of the hotel bought by the brothers in 1995.

The accounts show that the profitable hotel has used a series of tax reliefs to reduce its corporation tax to zero.

The brothers said they have not run their UK companies since they retired to Monaco more than 20 years ago.

The Ritz’s efforts to reduce its tax bill are legal but have raised questions at a time when another firm bought by Sir David Barclay and Sir Frederick Barclay, Littlewoods, is embroiled in a legal battle with HMRC.

The brothers also own the Daily and Sunday Telegraph newspaper titles.

The catalogue company Littlewoods, bought by the twins in 2002, has already won a VAT rebate plus interest worth £472m from HMRC over payments dating back to 1973.

But the twins’ company has gone to court to demand a further £1bn from the government in compound interest.

It is an important test case for taxpayers because if Littlewoods wins, it could open the door to claims worth billions of pounds from other companies.

The twins said they have had nothing to do with the running of the UK companies.

“We have not attended office, management or board meetings in the UK since leaving the country,” Sir David Barclay said in a statement. “My brother and I have no editorial, political or economic power in the UK.”

Littlewoods, the Ritz and the Telegraph are controlled by offshore trusts. However, the trusts were set up by the twins and one of the brothers attends the trust meetings.

Richard Murphy, from the Tax Justice Network, said: “These meetings are taking place in Monaco, but there is no doubt that sitting right in the middle of the meetings are the Barclay brothers who are therefore able to exercise control of these companies.”

The UK businesses are managed by Sir David’s son, Aidan Barclay. He told the programme that Littlewoods lodged its VAT claim before the family took over the company.

“This represents tax taken incorrectly by HMRC and held incorrectly for many years, facts which HMRC publicly recognise and accept,” he said.

“Directors of companies have legal responsibilities and duties to recover and secure their companies’ assets from the perspective of each company itself and its various stakeholders. It would be a dereliction of their duties not to pursue repayments which are properly due from HMRC.”

Aidan Barclay also said that the Ritz had not paid any dividends, and profits from the hotel had been reinvested.

“The Barclay family members and their companies abide by the law and pay the taxes required by UK law and the laws of other relevant countries.”

In a statement Sir David Barclay said: “We have always acted in a responsible way with regard to taxation and have never been involved in any tax avoidance scheme. We are not responsible for corporate taxes in the UK and are unaware what tax is paid on the Ritz.”