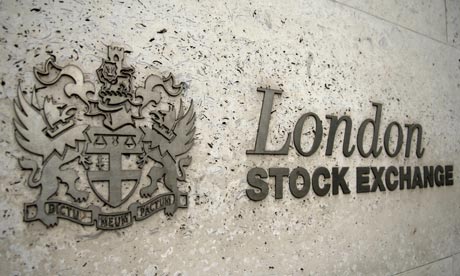 With uncertainty about the precise moment the outcome of the EU referendum will be known, dealing rooms are opening across the City on Thursday night and into Friday morning to allow trades to be executed for customers needing to respond to the results of the 382 polling areas as they start to be announced.

Unlike a general election, no exit polls have been commissioned by broadcasters and the first results are expected at 12.30am on Friday and then throughout the night. It is possible the result may not be known by the scheduled opening of the stock market at 8am on Friday morning.

Some banks have told investors that they will only conduct trading by taking verbal orders rather than through computers, while other banks are ready to override their algorithmic trading systems by closely monitoring them over night on Thursday.

Algorithmic trading dominates City trading rooms and uses computer programmes to follow patterns and execute trades faster than the human touch. They buy and sell at predetermined trading levels so the fear is that they could end up buying or selling too quickly in fast-moving and volatile markets.

Andrew Formica, chief executive of the fund management group Henderson Global Investors, said banks were “turning off algorithms” because of the uncertain trading conditions that are expected.

Banks are particularly alert to trading systems that respond to liquidity in markets, said Jeremy Cook, the chief economist at the currency dealer World First, and ready to override their algorithms. He said: “People are deleveraging, making sure there are humans on the end.”

Some hedge funds are said to have commissioned their own private polls to enable them to take bets on the market.

The Swiss bank UBS has already told clients that there could be an increase in volatility and an impact on trading volumes, which could make it difficult to complete all orders immediately.

City sources say some investors are avoiding going into the vote with any large positions. Formica said: “Clients are nervous, worried and sitting back on their heels.”

Banks have also set up war rooms to ensure they can respond to any crisis in the markets – and to requests from regulators at the Bank of England and Financial Conduct Authority – sparked by the referendum result.

Bank bosses will be on hand through the night and have been instructed by regulators to ensure cash machines are well stocked to ensure that if there a sudden loss of customer confidence there will not be a shortage of cash in the system, avoiding a rerun of the queues that formed outside Northern Rock in September 2007.

The banks are also avoiding any IT upgrades to ensure they do not accidentally create a situation where a failure of a credit card or debit card or cash machine could create the impression that the banking system does not have enough money to meet customer orders.