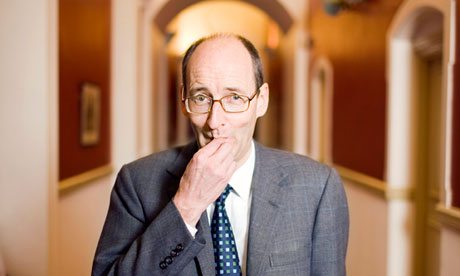 The banking commission has stepped back from banning banks using their own funds to take risky bets on markets and instead called on the new sector regulator to clamp down on such proprietary trading, reports The Guardian.

In its latest report, the commission calls on the Prudential Regulatory Authority, which will take over banking regulation next month, to demand more information from banks about their trading exposure and use its powers to require them to hold more capital against the riskiest positions.

The commission, chaired by Conservative MP Andrew Tyrie, had considered whether the ring fence between high street and investment banks should include a clampdown on proprietary trading, as with the Volcker rule in the US.

Tyrie said the commission concluded that could put an “additional burden on regulators already charged with implementing a ring fence” and it “does not feel it appropriate to recommend the immediate prohibition of proprietary trading”.

The commission reached this conclusion even though its report, published on Friday, says: “The argument that the trading function within banks, in particular the proprietary trading function, could have harmful cultural effects has been convincingly made.”

The commission, which includes former chancellor Lord Lawson and the archbishop of Canterbury, Justin Welby, expressed concern about the conflict of interest that could arise when a bank trades on its own account and for its customers. “The commission is also concerned that the presence of proprietary trading within a bank, with its potential to generate high short-term rewards for individual traders, could have a damaging effect on remuneration expectations throughout the rest of the firm,” the report said.

Tyrie said such potentially risky trading could become more common once the banking crisis receded. “The immediate risk to UK banking standards from proprietary trading may be limited. However, effective regulatory oversight will be particularly important for the future. At a time when banks are under less intense scrutiny, proprietary trading could re-emerge as a greater risk.”