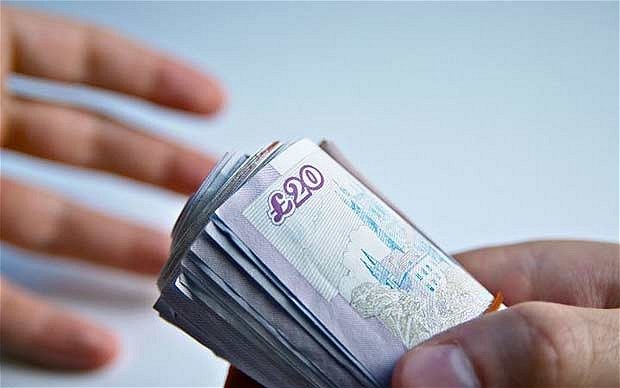 Thomas Ammann, 39, used Christina Weckwerth, 44, and Jessica Mang, 30, as “cash and cover” to make illegal trades, it was alleged. All three profited from the activity, although each woman was unaware of the other’s existence, Southwark Crown Court heard.

Miss Weckwerth, a wealthy divorcee from Koenigstein in Taunus, Germany, whom Mr Ammann met through a dating website, invested more than half her divorce settlement to make about £1.2m, a jury was told.

Miss Mang, a health worker from central London who met the banker at a nightclub, used credit cards and borrowed money from her family to make £30,000, it was alleged.
The two women deny charges of insider dealing which Ammann has admitted, reports The Telegraph.

The jury was told that, despite earning a substantial salary, Ammann lived beyond his means and was frequently in financial trouble. He relied on property deals in his native Germany to boost his income from the London branch of Mizuho International investment bank. In 2009, Ammann started working on a multi-billion pound takeover of Océ, a Dutch printing an copying group, by the Japanese electronics company Canon.

Armed with insider information, he approached his girlfriends about investing on his and their behalf, the court heard. He was one of just seven bankers at the London offices who knew about the deal before it was announced.

In diary entries dating from October 2009, Miss Mang wrote that Ammann had offered to tell her what he was doing at work so she or her father could profit.

“Transaction feels a little demeaning,” she noted about an alleged agreement to pay Ammann 50 per cent of the profits. “I’d feel a little like I pay him for his companionship. I do worry he doesn’t trust me.” She also described how her flatmate, a Goldman Sachs banker, told her that she was engaging in insider dealing, but she dismissed the warnings as “prissy”.

Miss Weckwerth, a mother of one, invested more than half of her £1.4m divorce settlement in Océ shares between February and September 2009.

When the takeover deal was briefly called off, something that Ammann would have been aware of, she cashed in her stake. She reinvested when talks resumed, the court heard.
Amanda Pinto QC, prosecuting on behalf of the Financial Services Authority, said: “It is clear that each woman had insider information from Thomas Ammann. Jessica Mang wrote as much in her personal diary. Ms Weckwerth’s [position] is an irresistible inference from her pattern of trading.”

She added: “These two women managed to almost double their money by trading in one stock. Each of these women considered that Ammann was their boyfriend. They had no idea of the existence of the other. Weckwerth got back nearly £2m and Mang, who was trading at a very, very much lower level, made £60,000.” The case continues.