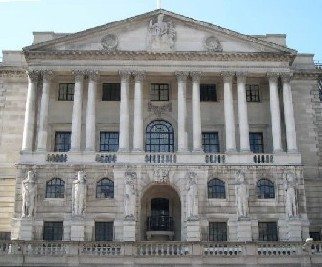 The Bank’s Monetary Policy Committee is expected to leave interest rates on hold at 0.5 per cent and quantitative easing unchanged at £375bn, even as Britain’s hard hit manufacturing and construction sectors suffer further setbacks amid a double-dip recession reports The Telegraph.

The Markit/CIPS manufacturing PMI on Wednesday is expected to show British manufacturing shrank for a third straight month in July, amid weak demand at home and abroad.

Economists are forecasting a fall in the headline index to 48.4 in July from 48.6 in June, where anything below 50 signals contraction. The equivalent survey for construction a day later is also expected to show a sector in decline in July.
A separate report by the accountancy firm Wilkins Kennedy said construction insolvencies were likely to rise this year, as a combination of government spending cuts, the end of the Olympic boost and bad weather conspired to create a “perfect storm” in the sector.

Retail collapses rose 10.3 per cent in the second quarter as the wet weather exacerbated tough trading conditions. Figures from PricewaterhouseCoopers showed insolvencies rose to 426 between April and June, from 386 in the same quarter last year. High profile failures have included Clinton Cards and Game.

Official figures last week showed Britain remained in recession in the second quarter, after the economy shrank by a shock 0.7pc, but the MPC is likely to wait until November before pumping more stimulus into the ailing economy.

By then the latest £50bn round of QE will have been completed, and the committee will have had chance to consider the initial impact of the Government’s £80bn “funding for lending scheme”, which comes into effect on Wednesday.

Michael Izza, chief executive of accountancy body ICAEW, said business confidence was falling amid a weal economy: “Businesses are holding back on investing, still nervous about the future.”

The ICAEW said companies expect capital investments to grow by just 1pc over the next 12 months in a worrying sign for the economy.
The outlook for Britain’s services companies looks slightly better than some sectors. The services PMI on Friday is forecast to rise to 51.6 in July from 51.3 per cent, signalling modest expansion.