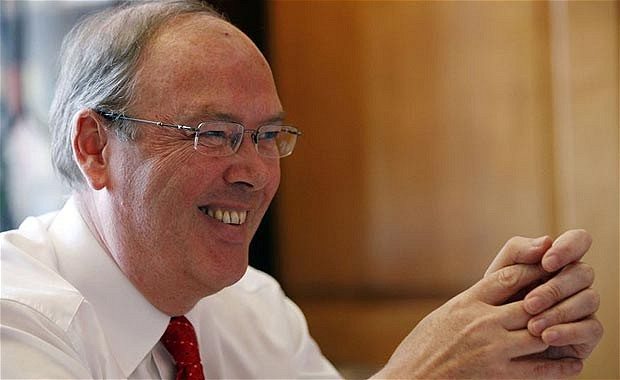 Andrew Sentance, PricewaterhouseCoopers’ senior economic adviser and a member of the MPC until earlier this year, set out his opposition to another round of quantitative easing and said rates needed to rise to 3pc by 2015 to reduce the risk of “distorting” the economy.

His comments came as the European Commission warned that the Chancellor is likely to miss his debt reduction target when the Office for Budget Responsibility updates its forecasts next month. “It appears that the Government may miss its target of having debt fall as a share of GDP by 2015-16 if no new measures are introduced in the Autumn Statement on December 5,” the EC said in its economic update.

While acknowledging the role QE played “in stabilising the UK economy in 2009 and helping bring about a return to growth”, Mr Sentance said the MPC should vote against money printing at today’s meeting, reports The Telegraph.

“QE is running into diminishing returns and should not be further extended . .  . Indeed, persistent very low interest rates risk creating distortions in the economy and prolonging a period of persistent above target inflation,” he said.

Unwinding the £375bn of gilt purchases under QE would be “one of the big challenges facing the next Governor of the Bank”, he said, and could hurt the economy if it “leads to a sudden and sharp tightening of monetary policy [that] could have adverse consequences on businesses”.

To avoid future problems, Mr Sentance said “the MPC should consider a gradual increase in [rates] to 2pc-3pc over the next two to three years to return monetary policy settings to a more appropriate level. By setting out its strategy in advance, the MPC would help businesses and consumers plan for higher borrowing costs. And it would still be possible to move away from this path if the economy faced unexpected shocks.”

When he was on the MPC, Mr Sentance was a renowned “rate hawk”, repeatedly voting for rate rises even when colleagues were calling for more QE. His proposal would benefit savers as well as businesses but would fly in the face of the policy of the US central bank, which has pledged to keep rates low until unemployment starts to get back to acceptable levels.

Mr Sentance made his comments as PwC released relatively upbeat economic forecasts for the UK. The accounting firm expects zero growth this year, but 1.8pc in 2013 as consumer spending picks up. PwC’s forecasts were more rosy than the EC’s, which expects a contraction of 0.3pc this year followed by weak growth of just 0.9pc in 2013 before a stronger rebound of 2pc in 2014.

Like PwC, the EC said lower levels of inflation should “stimulate consumption . . . [and] finally give the economy a much-needed injection in 2013 and 2014”.

In warning that the UK Government is likely to miss its debt target, the EC joined a growing list of institutions which expect the Chancellor to break his golden rule on December 5. The National Institute of Economic and Social Research has estimated that he will miss it by £22bn.

However, few economists are calling on George Osborne to fill the hole with more austerity. Sir Mervyn King, the Bank’s Governor, has said there is no need to change the plan if weak global growth was the reason for the miss. The EC said the UK’s woes were due to “uncertainty in the economic outlook”.