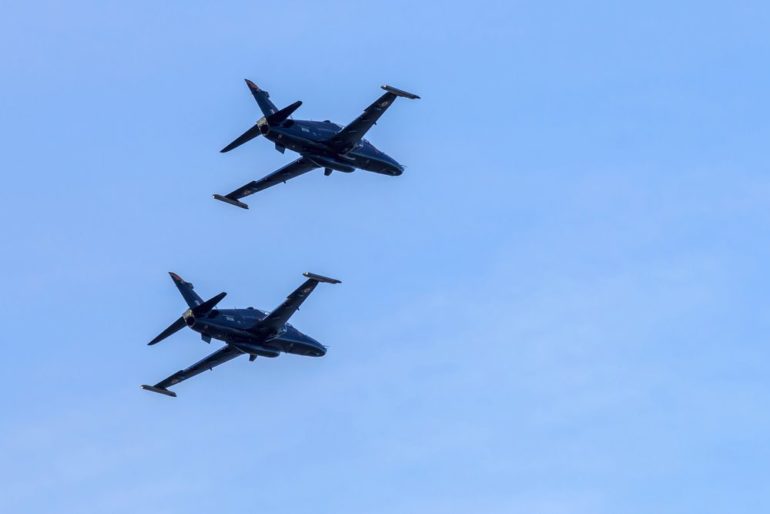 Reports link job losses at Warton factory in Preston to slowdown in production of Eurofighter Typhoon.

Many of the cuts will affect BAE’s Warton factory in Preston, Lancashire, but there will also be job losses at other locations. BAE is expected to make an announcement later by Tuesday, when it is due to release an update on trading.

The company, which makes the Eurofighter Typhoon aircraft and Britain’s nuclear submarines, employs 34,600 people in the UK, out of 83,100 worldwide.

The defence firm did not confirm the job cuts but said in a statement: “BAE Systems continually reviews its operations to make sure we are performing as effectively and efficiently as possible, delivering our commitments to existing customers and ensuring we are best placed to secure future business. If and when there are any changes proposed we are committed to communicating with our employees and their representatives first.”

Britain’s largest union, Unite, called on the UK government to end the uncertainty for thousands of BAE workers by committing to build the next-generation fighter jet in the UK. Unite is demanding and urgent meeting with BAE and that it “comes clean over its plans”.

The union estimates that by 2020, a quarter of the UK’s defence spend will be benefiting American companies such as Boeing and Lockheed Martin.

The Unite assistant general secretary. Steve Turner, said: “If these job cuts materialise it will significantly undermine our nation’s sovereign defence capability and leave us reliant on foreign powers and foreign companies for the successor to the Typhoon and the defence of the nation.

“Ministers should be under no illusion. Once these jobs are gone, they are gone for a generation and with them the skills and ability to control our own defence and manufacture the next generation of fighter jets and other defence equipment in the UK … At a time of Brexit, these are precisely the kind of jobs that the UK government should be protecting.”

BAE’s decision does not appear to be related to the Brexit vote, although it is likely to feature in discussions between the prime minister, Theresa May, and UK business leaders on Monday. The job cuts are reportedly linked to a slowdown in production of the Typhoon, amid uncertainty about the timing of a large order from Saudi Arabia.

It is the first major move by the BAE chief executive, Charles Woodburn, who took over from Ian King on 1 July.

According to Sky, Woodburn said in August: “We obviously have to review our [Typhoon] production demand very carefully. We are confident that we will win further Typhoon orders, what we can’t be confident around is the timing.”

In August BAE reported an 11 per cent rise in half-year underlying profits to £945m and said it was on track to meet its full-year target. It is the third-biggest defence manufacturer in the world, with key markets in the US, Australia and Saudi Arabia.