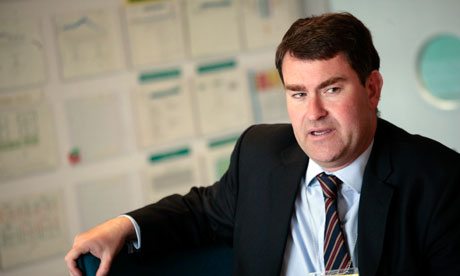 Nick Boles, the planning minister, outlined a number of concerns about the industry, which typically advances cash to small and medium-sized businesses by taking security against their invoices, in a letter to Treasury minister David Gauke.

The Government responded by saying it “does not think it right to introduce a new regulatory regime for this type of lending at this time, as we do not want to inhibit the growth of the sector, nor put up barriers to new entry by protecting larger incumbents”.

An investigation of asset-based lenders by The Daily Telegraph revealed accusations of opaque fees and contracts, abuses of the insolvency process and small companies being unnecessarily forced into administration.

While the Treasury, Business Department and Insolvency Service are still “looking into” the industry in response, the Government said it feared that the “costs of regulation are likely to be passed on to businesses using asset-based finance”.

Asset-based lenders provide around £16bn to about 40,000 small and medium-sized companies. In a letter seen by the Telegraph, Greg Clarke MP, writing on behalf of Mr Gauke, said the Government would keep its stance “under review”.

Brian Moore, who is campaigning for a regulated asset-based finance industry, said he believed the Government’s position would change once the “scale of the abuses” became clear.
Insolvency experts, accountants, business owners and even some industry insiders have called for the industry to be regulated to protect its customers.

Frances Coulson, former head of insolvency trade body R3, has given warning that exploitation of administrations by lenders is costing the taxpayer “hundreds of millions of pounds”, while Eric Anstee, a former chief executive of the Institute of Chartered Accountants in England and Wales, said the industry’s “standard contracts need to be regulated so they’re treating customers fairly”.