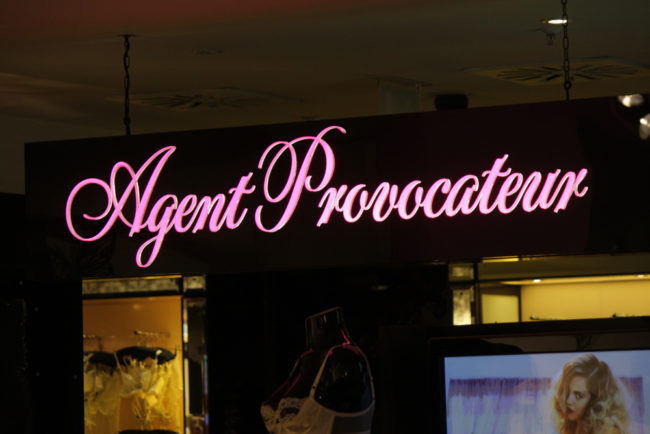 A quick sale to the retail giant raises fears for 600 jobs at the stricken underwear chain, reports The Telegraph.

It is understood Sports Direct and private equity house Lion Capital became embroiled in a fierce bidding war as both attempted to get their hands on one of the high street’s most glamorous names.

Sports Direct’s interest was personally overseen by founder Mike Ashley, who is desperate to take his retail empire more upmarket amid flagging sales. The entrepreneur recently snapped up a stake in French Connection.

Agent Provocateur was put up for sale in January by owner 3i after struggling with large debts and poor sales.

Lion Capital had teamed up with Bendon Group, which makes lingerie for Heidi Klum and Stella McCartney.

The deal raises immediate questions about how two high street names catering to very different ends of the high street will fit together. The Times reported at the weekend that Sports Direct had bid £27.5m, meaning Agent Provocateur’s main lender Barclays will be left out of pocket. It has an outstanding £30m loan to the chain.