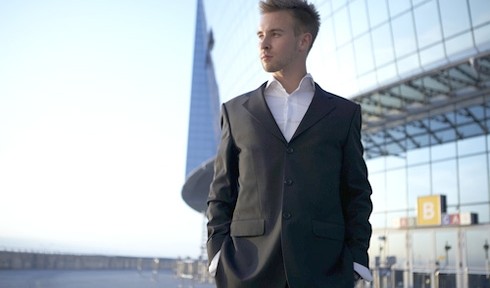 TV programmes such as The Apprentice and Dragons’ Den and the high profile of entrepreneurs, particularly those creating successful online businesses such as Facebook, Twitter, LinkedIn or Skype, are having a profound effect on the dreams of Britain’s children.
Online or digital businesses and IT are among the most popular areas of business interest for young Brits, with more than one in five saying this is where they intend to pursue their ambitions.
Encouragingly, there is no dramatic difference in entrepreneurial ambition between the genders: 75 per cent of girls want to run a business of their own, almost matching the 80 per cent of boys with the same determination.
Karren Brady, one of the Ambition AXA Awards judges and a champion of young people in business, said: “It’s wonderful to see that at last the number of women being motivated into entering the business world is growing.”
Brady added: “Gender should never be an issue when it comes to achieving ambitions and has no place in the modern world. I’ve long been aware that women like me are paving the way for our daughters, so it’s rewarding to see that this is now happening.”
While entrepreneurship is burgeoning among young Brits, the Ambition AXA Awards survey reveals that more can still be done to support and nurture entrepreneurship. Of the quarter of young people not keen on running their own business, 17 per cent say it is down to a lack of confidence.
However, the majority admit it is down to finances: 40 per cent worry about the money required to start it, while 38% are concerned by the risk of failure.
The overall findings are backed by business education charity Young Enterprise, whose own data reveals that 250,000 of their members are under 18.  Catherine Marchant, Director of Young Enterprise, said: “It’s heartening to see how many young people dream of becoming an entrepreneur. We’re living in a culture where stories of dreams started in someone’s bedroom becoming big business abound, and that’s clearly having an inspirational effect.
“What concerns me among these results is that many say they lack the confidence to follow their dream or fear failure. That is why we put 5,000 volunteers from 3,500 real businesses into classrooms up and down the UK every year to inspire young people and give them the skills and ambition to succeed in business. Programmes like The Apprentice and Dragons’ Den and schemes such as the Ambition AXA Awards can only help.”
The study into ambition in young people was commissioned to support AXA’s initiative the Ambition AXA Awards.  The £200,000 awards scheme for 11-18 year olds rewards young UK talent and achievement in Enterprise, Science, Community, Sport and The Arts.
Five talented young people could each win a bespoke mentoring prize worth up to £40,000. The deadline for applications is 14 October 2011 and the winners will be announced on 30 November 2011, after which the judging panel will work with the winners to create a development package that will help them to achieve their goals.
For more information: https://www.ambitionaxaawards.com/