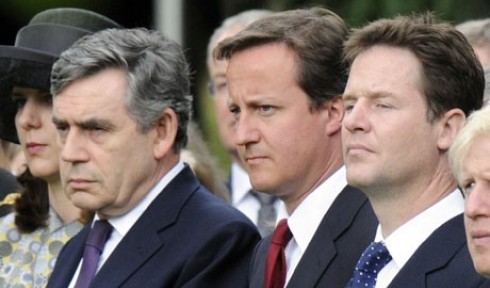 Perhaps even more worrying is that when asked which politicians would best
represent small business interests if elected, an alarming 46% claimed
that no-one (from Brown, Cameron, and Clegg) would do a good job as
none of them cared about or truly understood local businesses.

Jonathan
Elliott, managing director of Make It Cheaper, who commissioned the
survey, said: “It is clear that there is a massive disconnect between
main political parties and people who work in local businesses – the
people who are at the very heart of the economy. The vast majority of
those we asked were unable to name the Secretary of State for Business
or his shadow colleague. These guys should be out there talking to the
people who are on the front line of the economy. Instead, our survey
shows they are judged as not understanding business pressures (25%) and
having no impact on the daily lives of local businesses (22%).”

When
asked about potential solutions to this disconnect, the answer was loud
and clear, with 40% of respondents claiming that the first thing they
would do if they were Prime Minister would be to ban career politicians
and get real people, with real experience into power. On that note, 30%
of them think they could do a better job of running the country, with
almost one in ten considering standing as an MP.