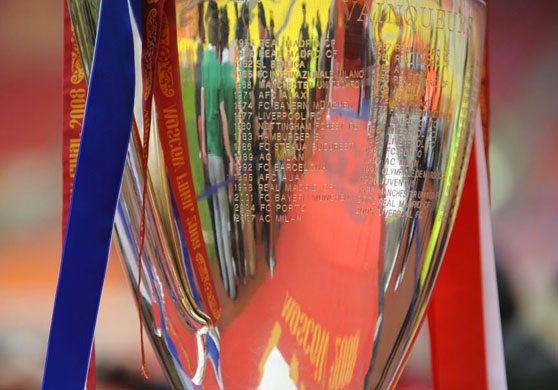 There are many questions, and very few rock solid answers. Everyone will have their own unique perspective and their own way of approaching the uncertainty that stands before them. So, who can we turn to? One answer is to look at what the most successful people in the world do. How do truly world class people approach uncertainty, challenges and set-backs?

During the last few years, I have had the pleasure of working with those at the very pinnacle of their respective fields. I am constantly intrigued to know what differentiates truly world class people. What separates them from the rest? How do they think? How do they respond to challenges? In the course of my investigations, I have interviewed a group of genuinely world class individuals and leaders of world class organisations; from Michelin starred chefs, to Olympians and top 5 world ranked athletes, mountaineers, adventurers and those who have served in the special-forces. Perhaps we can learn from some of their perspectives on uncertainty, challenges and set-backs. So, how do world class people view uncertainty?

Uncertainty is normal
To world class people, uncertainty is normal. Unlike the majority of us, the very best in the world deliberately seek out uncertainty. They push themselves way beyond their comfort zone. They are always seeking to explore new territory, try new things and go beyond that which has been done before. As such, they are continually surrounded by uncertainty.

Uncertainty provides opportunities
Creativity actually requires uncertainty. It requires us to move away from what we know. To be creative, and to innovate, we need to break the mould and abandon our familiar territory. Scientists often do this when they disprove theories. They discard what they know (and often what they have built their reputations on) and enter a state of limbo; a state of ‘not knowing’. They do this realising that the state of uncertainty is a key part of the creative process. Leading businesses often do the same. They know that when they innovate to create a competitive advantage, that advantage is only temporary. It is lost almost immediately. Almost as soon as they have changed (and created some certainty), they have to change again. In doing so, they dive back into uncertainty.

Uncertainty is exciting
Uncertainty is the reason why people watch sports. If we know the outcome, the spectacle loses its magic. Uncertainty presents us with challenges. It stretches us. Ultimately of course, it helps us to become better at what we do. The experience of taking on challenges actually drives world class people and motivates them. They enjoy it!

So, if that’s the case, why does is cause so many people so much angst? Often the answer is relatively simple. Normally it is because they need the outcome to be successful; they are relying on the result. If an athlete thinks, “I need to win”, they’ll feel uneasy if the outcome is uncertain.

Why do they feel that they need to win?
Like many people, athletes often use their results to fuel their sense of self-worth. To put it simply, if they’re winning, they feel good about themselves. Of course it’s not only athletes who do this. Just as an athlete’s ego can be fuelled by results, so can a business leader or a sales person. If we are reliant on securing a deal or even staying in business, to feel good about ourselves, we’ll feel angst if those things are uncertain. In truth, we’ll never remove uncertainty. The only thing we can do is change the way we feel about it.

So what is it that allows world class people to continually and deliberately dive into uncertainty? One answer is; courage. Psychologist, Rollo May, understands that uncertainty is often accompanied by anxiety. In psychology,hardiness, is said to provide us with the courage to pursue the future, despite its uncertainty.

So, what gives rise to this courage? World class people will take a leap of faith; a leap into the unknown. They have the courage to jump, not knowing where they will land. They are happy to land wherever they land. World class people continually push themselves beyond their own limits. Their experiences tell them that when they do push themselves beyond the limit of what they previously thought was possible they come out on the other side.
Attempting something means taking on a challenge. To world class people, taking on the challenge is the point. The attempt is the prize. The outcome is less important. If we take on a challenge and do not succeed, have we failed? If we never attempted the challenge, what have we gained?

“Courage is not the absence of fear, but rather the judgement that something else is more important than fear.” (author Ambrose Redmoon).

In reality, the future is always uncertain, no matter how much certainty we think it may have. In that case, we simply have to choose how we perceive it and respond to it.

How do you approach uncertainty? Do you adopt the ‘bring it on’ mind-set or the ‘make it go away’ mind-set? That choice is yours.