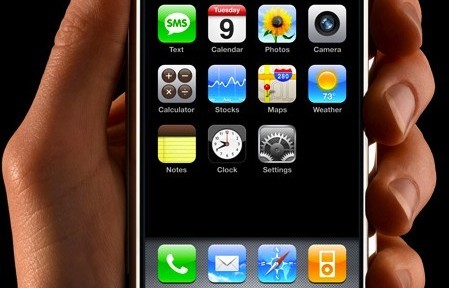 The Smart Accessibility Awards are part of the Vodafone Foundation’s ‘Mobile for Good’ programme which supports initiatives around the world which use mobile technology to drive positive social change. This year, the Vodafone Spain Foundation is running the pan-European competition, and will host the final in early December.

The awards are supported and co-organized by AGE Platform Europe, the European network of around 165 organisations of and for people aged 50+, and by the European Disability Forum (EDF), representative of 80 million Europeans with disabilities.

Andrew Dunnett, Director of the Vodafone Foundation, said, ‘Smartphones are transforming how millions of people manage their daily lives, but some groups in society are at risk of missing out on the revolution. The Smart Accessibility Awards is one of many Vodafone Foundation programmes around the world which are tackling the diverse barriers to a fully accessible mobile internet.’

“2012 is the European Year for Active Ageing and Solidarity between Generations, and the Smart Accessibility Awards are fully in line with its objectives to promote older people’s active participation in society and support independent living in old age”, said Anne-Sophie Parent, Secretary-General of AGE Platform Europe. “We hope the contest will encourage the development of many new applications to facilitate older people’s access to new technologies and inspire further initiatives to foster digital inclusion of all EU citizens, including persons with disabilities and ageing people.”

Rodolfo Cattani, EDF Secretary and EDF ICT Expert Group, said, “In an increasingly digitalised society, more and more essential information and services are available on smartphones. To access them, persons with disabilities require applications designed for all in order to enjoy the right to information, full participation and mobility as any other European citizens. The accessibility of those applications allowing new ways to access websites and internet features is as important as the accessibility of assistive technology devices. Therefore, we call on the European Commission to adopt an ambitious and legally binding European Accessibility Act by 2012.”

Launched today in Brussels, the competition will award the best smartphone application in each of four categories: social participation; independent living; mobility and wellbeing. The competition is open from 30th May 2012 to 15th October 2012.

Qualifying entries will be evaluated in November by a jury consisting of representatives from AGE Platform Europe, European Disability Forum and the Vodafone Foundation. Twelve shortlisted finalists will be invited to present their application to the judges at the final in early December, when the four overall winners will be chosen.