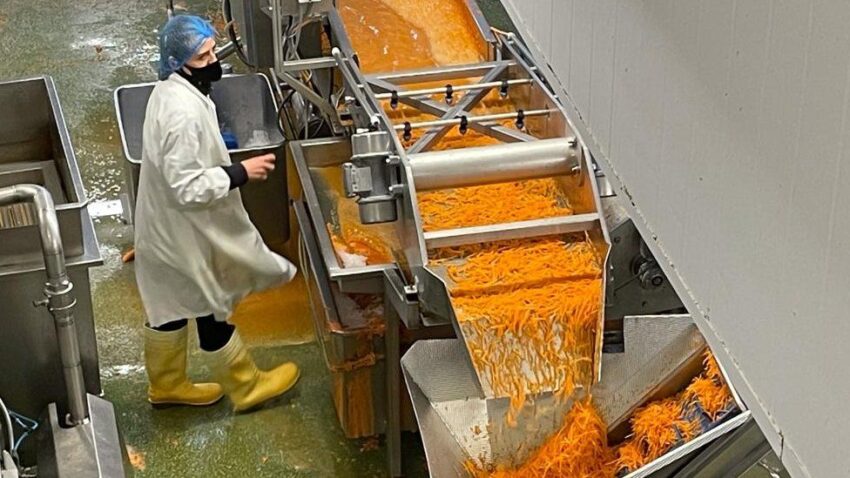 One of the country’s biggest vegetable producers says it is losing thousands of pounds a week and having to throw away food due to a labour shortage.

The workforce at Alfred G Pearce, based near King’s Lynn, Norfolk, is 20% to 30% down on previous years.

The Home Office said employers should “invest in the domestic work force” rather than labour from abroad.

A second company, Freshlands Farm, based in Ramsey, Cambridgeshire, said it had lost tens of thousands of pumpkins as it had not been able to hire any workers to clear weeds from the fields.

Mr Pearce, who is the third generation of his family to work at Alfred G Pearce, said labour shortages were impacting the company’s ability to produce goods and of hauliers to transport them.

The company, which is based across three sites and grows 60,000 tonnes of carrots, parsnips, sweet potato, onions and butternut squash per year, works with major food distributors and supermarkets across the country.

Mr Pearce said the labour intensive nature of the industry meant the shortage of workers was “partly down to the pandemic, but also structural problems due to Brexit”.

He said the company was having to restrict working says and turn down business as a result, while haulage companies have “lorries sitting ready to go but physically haven’t got people to drive them”.

“With a chilled product like ours we rely on just-on-time deliveries,” he said.

“In some cases products are being rejected as they are delivered late. Unfortunately we are having to bring it back and dump it.

“It’s happening on a weekly basis now. We are talking thousands of pounds each weekend.”

Farm manager at Freshfields Farms, Jordan Abblitt, said in just one field the company had lost half of the 90,000 pumpkins it produces due to weeds.

He said this had been replicated in many of their other fields as well as the usual Eastern European labour force, which used to pick the weeds, had not been available since Brexit.

Mr Abblitt said it was “a big concern” whether he could find the 20 to 30 people per day needed to pick, wash and pack the remaining pumpkins.

A government spokesperson said it recognised “the sector has often relied on migrant workers”.

It said the number of visas available has been temporarily increased from 10,000 to 30,000 as a result

“The government encourages all employers to invest in the domestic work force rather than relying on labour from abroad,” the spokesperson added.