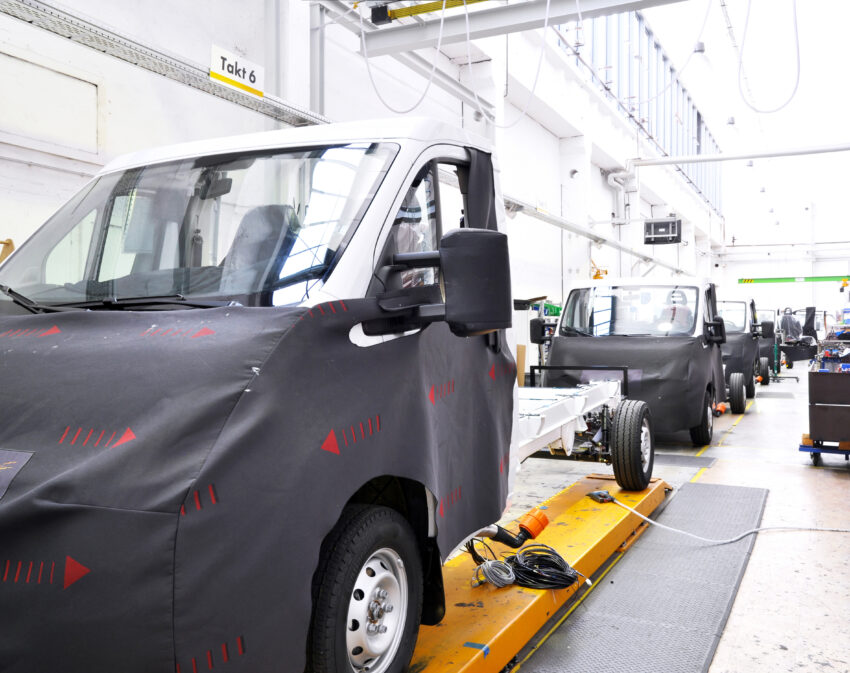 Last month was the best yet for new van sales, despite a semiconductor shortage which has affected the entire automotive industry over the past 12 months and which is expected to affect the industry next year.

According to data from the Society of Motor Manufacturers and Traders (SMMT), 31,320 new vans were produced in November, an increase of 11.4 per cent on the average before the pandemic. The sharp rise followed van registrations falling in both September and October.

The SMMT said that the increase in demand for vans was a consequence of the recovery of the construction sector and growing investment which has filtered through into the automotive industry. The organisation also attributed growth to changing consumption patterns, with a larger appetite from consumers for online deliveries. Concerns about supply chains also prompted businesses to stockpile items or secure arrangements on items, which has, in turn, boosted the demand and need for vans.

According to the SMMT, the UK is the sixteenth largest automobile manufacturer in the world and the industry employs 864,300 people in Britain, with 155,000 directly involved in the manufacturing process.

According to the data produced by the SMMT, 4×4 vans and pickup trucks saw the greatest increase in demand compared with November 2020, with a 39.9 per cent and 31.2 per cent increase in registrations respectively.

Mike Hawes, its chief executive, said: “A pre-Christmas boost to van registrations will be welcomed by the industry, but it remains a rollercoaster of a market. Demand is clearly robust, but market volatility is likely to remain a feature as supply chain shortages throttle the sector’s ability to fulfil orders. Manufacturers are working hard to try and overcome these shortages and the November deliveries illustrate the success they have been having in the UK.

“Whilst the outlook remains challenging, customers can be reassured of the industry commitment to the commercial vehicle sector, given its importance to the operation of society and business growth.”

The SMMT also said it expected market volatility to persist into next year due to the semiconductor shortage. Semiconductors are a key component in the construction of vehicles.

Since January the van market has grown considerably, with year-on-year registrations rising by 22.8 per cent, however, these figures are affected by reduced output during 2020 because of the pandemic. The SMMT said that while demand is robust, whether it shall persist in the long term depends on a number of factors including the success of economic recovery, rising tax levels and inflation, and the emergence of new Covid-19 variants. Nonetheless, the SMMT said it still expects the van market to reach pre-2019 levels next year.