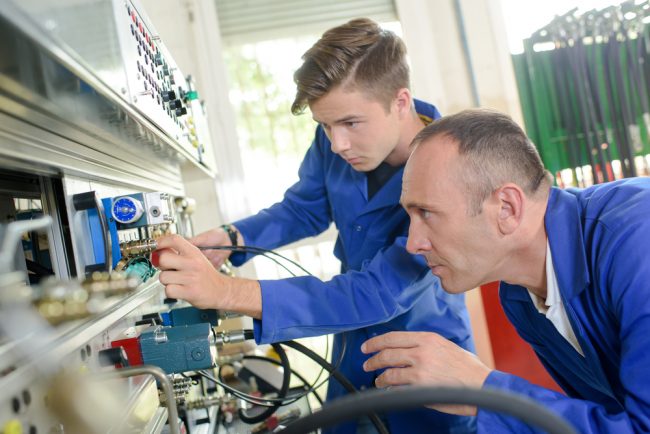 Employers should embrace the UK education revolution by unlocking the funding now available to them to help offset the training costs of running apprenticeships for young people, says the Chartered Institute for Securities & Investment (CISI).
In the latest edition of the CISI’s 40,000 strong member magazine, The Review the professional body argues that in order to encourage students, parents and teachers to believe in the value of apprenticeships, buy in from employers en masse is critical.
“Substantial funding towards apprenticeship training costs will be available, from April 2017, for the 98 per cent of employers with a pay bill under £3m, and for those with training needs that exceed their levy credit. Therefore firms should unlock the available funding and embrace the education revolution.
“By doing this, not only will they be investing in their workforce and diversifying their talent pool, but they will be bringing a long overdue change to the education system. They will be creating choice and creating chances,” says The Review.
The CISI’s Review argues “it is irresponsible to peddle the myth to young people that university is a guaranteed fast-pass to the top, without taking into account three important factors: the subject they intend to study, the type of degree they are likely to be awarded and the university they wish to attend. All three factors impact on their earning potential.”
The magazine says that not only have university fees risen to as much as £9,250 for a non-medical course but Sutton Trust research says that graduates now leave university owing an average of £44,500 – more than their peers in any other English speaking country.
The Review states that in August 2016 a report by the Centre for Economics and Business Research placed the lifetime earning premium for graduates at just £2,200 more than for apprentices: “That’s a negligible £1 a week extra over the course of 40 years. In some areas, such as arts and humanities subjects, the earning potential of apprentices actually outstripped that of graduates by as much as 270 per cent.”
In addition, says The Review, the graduate pay premium is now negligible and the Institute for Fiscal Studies suggests that this is because “firms have used the increased supply of highly educated workers to switch to a different, less hierarchical and more decentralised management structure. In short, the employment market has evolved and the education system needs to evolve too.”
Simon Culhane, Chartered FCSI and CISI Chief Executives said: “Already many major employers, including banks and accountancy firms, are rethinking their recruitment process, either by reallocating some positions traditionally earmarked for graduates, or by increasing the scale of their existing apprenticeships scheme.
“Having a protected apprenticeship framework in place, as overseen by an Institute of Apprenticeships, will present an opportunity for individuals from all backgrounds to access a rewarding, professional career. It will also sharpen the competition amongst universities, which will need to ensure that their programmes of study are relevant and competitive.”