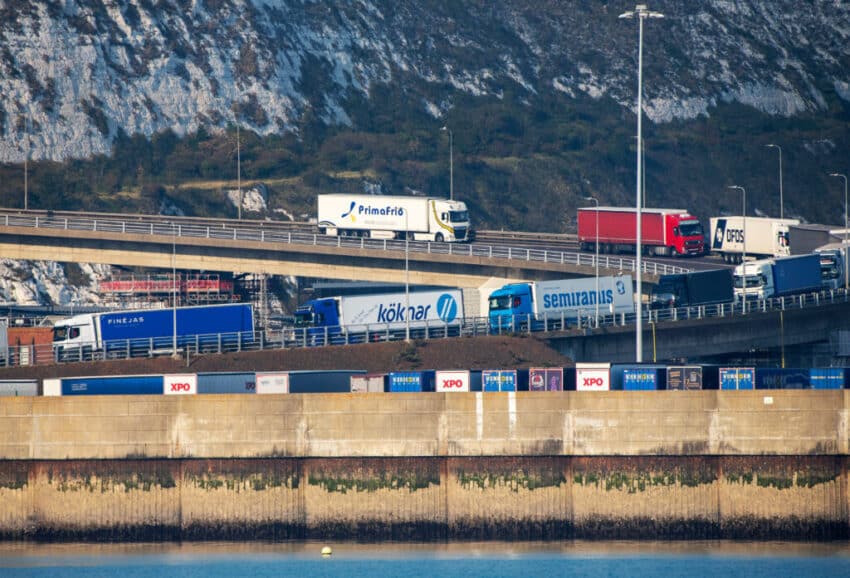 More than a quarter of small exporters have stopped selling to European Union customers three months on from the Brexit transition, a study has found.

The Federation of Small Businesses warned that what might have been dismissed as “teething problems” in the first weeks of January were now looking more like permanent “systemic problems”.

A survey of small companies conducted by Trends Research for the employers’ group found that 23 per cent had temporarily stopped selling to the EU and 4 per cent had halted sales permanently. Eleven per cent of exporters were said to be considering a permanent halt.

The same proportion had set up, or were thinking about establishing, a presence in an EU country to make the process easier, the federation said. About 9 per cent may secure, or are already using, warehouses in the bloc or in Northern Ireland for the same purpose.

Small importers have been hit hard by new paperwork, with 17 per cent temporarily suspending purchases from the EU. The majority — 70 per cent — of importers and exporters said that they had suffered shipment delays when moving goods around the EU in recent weeks. More than 30 per cent have lost goods in transit and a slightly higher proportion have had goods held indefinitely at EU border crossings. Of those that have experienced delays, more than a third have suffered hold-ups that lasted more than two weeks.

There was also a rise in companies seeking expert help with paperwork. More than half of those surveyed required assistance with customs declarations, rules-of-origin paperwork and new VAT obligations.

The federation urged ministers to closely monitor the rollout of the SME Brexit Support Fund, ensuring that small businesses are aware that they can apply for funding to access a range of trading advice, training and technology, and not exclusively to customs and intermediaries.

Mike Cherry, the federation’s national chairman, said: “Those that do business internationally are being hit with some incredibly demanding, unfamiliar paperwork. Three months on from the end of the transition period, what we hoped would prove to be teething problems are in danger of becoming permanent, systemic ones.

While larger firms have the resources and bandwidth to overcome them regardless, smaller traders are struggling, and are considering whether exports are worth the effort any more.

“Our exporters tend to be among our most innovative and profitable small businesses, so it’s troubling to see them bearing the brunt of changes.”