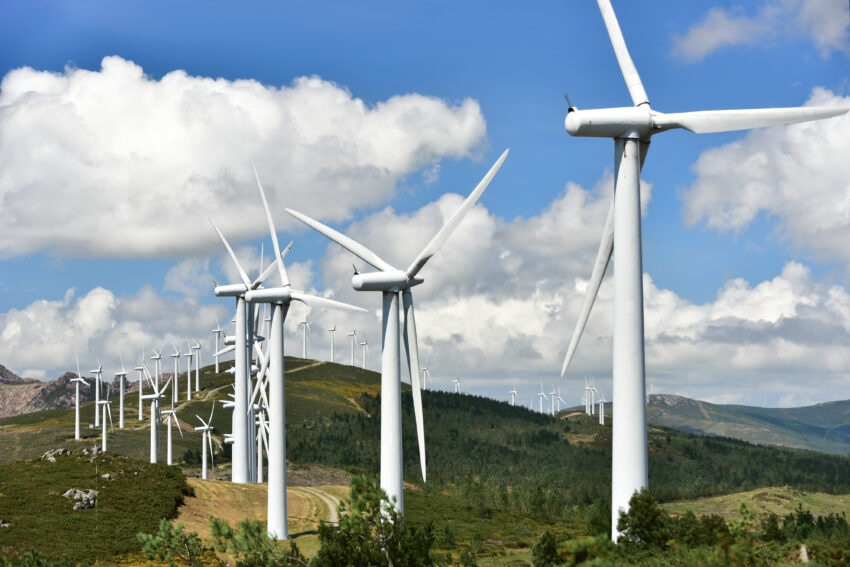 The UK’s low carbon economy is now worth more than £200bn, four times the size of the country’s manufacturing sector, with growth expected to accelerate in the coming years, according to new analysis.

Despite what experts say has been lacklustre and patchy support from central government, the analysis found more than 75,000 businesses from wind turbine manufacturers to recycling plants employ more than 1.2 million people in the green economy.

Experts say the sector not only has the potential to help tackle the climate crisis but also create sustainable jobs and improve people’s quality of life – with cleaner transport, reduced air pollution and better insulated homes.

But they warn that if the UK is to make the necessary rapid and fair transition to a low carbon economy, the government must mobilise all sections of society – from trade unions to local authorities, community groups to businesses – behind a “national programme of transformation”.

Prof Patrick Devine-Wright, of Exeter University and a lead author with the IPCC, said: “We need everybody to pull together or we have no chance of meeting these ambitious targets and staving off what are going to be really, really damaging climate consequences.”

He said in the coming years many day-to-day aspects of people’s lives would need to change, from the way homes are heated to how people get around town and cities, from what they eat to where they work.

“We need nothing less than a societal process of transformation in place alongside this vision of new technology, devices and infrastructures,” said Devine-Wright. “Unless we connect all those dots up, I don’t think it is going to happen in the timescale that is required.”

Over the next week, the Guardian will highlight low carbon schemes and projects around the UK – from regenerative farmers to private recycling companies, via hydrogen jet fuel, net zero whisky, retrofitting builders, and hemp milk – showing how they are not only helping reduce emissions but also improving communities, creating jobs and improving living conditions.

But the current ad hoc nature of the low carbon economy, with some sectors and regions racing ahead while others are being left behind, has raised fears that existing inequalities could be entrenched unless the government sets out a clear plan.

Experts say trade unions, local authorities and communities must be given a direct role in the process, especially in areas that are dependent on high carbon industries, to ensure the move to a green economy is rapid and fair.

Hannah Martin, of campaign group Green New Deal UK, said there was now “a rich tapestry of climate focused community activity” with “people coming together to build resilient communities that will be the blueprint for how we live in the future”.

She highlighted a range of projects, from communal food gardens to regional home retrofit programmes. But she warned: “Change at the community level cannot be done in isolation from a holistic strategy at the speed and scale required from the central government, which must both provide the regulatory support and finance required for local communities to innovate and create responses to the climate crisis that are unique to their situation and experience. “

The UK government has been widely criticised for its failure to set out detailed policy proposals to meet its ambitious climate targets.

Nick Molho, the executive director of Aldersgate Group, an alliance of business and policy leaders, said that for the net zero transition to deliver jobs to local communities across the UK, the Government’s upcoming net zero strategy should include close collaboration with local authorities and community groups.

Molho called for a UK-wide body to “support the workforce as the UK economy moves to net zero emissions” backed by by local transition bodies – made up of local industry, government, unions, and educational sector representatives.

“[They] could be tasked with carefully planning the changes needed in their areas to support a successful transition to net zero emissions,” he said.

During the buildup to the key climate meeting in Glasgow later this year, ministers have faced widespread criticism for a string of failures that include trying to open a new coalmine, issuing new licences for oil and gas exploration in the North Sea, pushing ahead with a £27bn road-building plan, scrapping the green homes grant insulation programme, and cutting overseas aid.

Last month, the government’s own climate advisers criticised the lack of policy detail, with the chief executive of the Climate Change Committee, Chris Stark, saying “progress was illusory”.

Ed Miliband, who is heading Labour’s climate team, said that the failure of the government to grasp the challenge and opportunities offered by moving rapidly to a low carbon economy was holding back communities across the UK.

“Tackling the climate emergency could transform our society and our economy, creating new jobs wherever people live, growing British industries and making our businesses more competitive,” the shadow business secretary said. “It could clean up our air, protect nature, ensure everyone has a warm home with affordable energy bills, and help to tackle the deep inequalities we face between our regions.”

He said “there were lots of green shoots across the country” but argued this was thanks to “imaginative people, communities and businesses” rather than a comprehensive plan from central government.

“To truly transform our economy, we need government to show leadership and bring forward a green investment plan equal to the scale of the emergency we face and the task of economic transformation.”

The report, by analysts kMatrix Data Services, which produces annual assessments of the low carbon economy for businesses, academics and local authorities including the Greater London Authority, was based on 900 data sources from government, the private sector and academia. It used a different methodology to the Office for National Statistics annual assessment of the green economy, including supply chains and networks and includes a broader category of sectors from wind and solar power to geothermal and water and wastewater treatment.

The report’s author, Sarah Howard, of kMatrix, said: “This data, by examining the full extent of the low carbon economy from the grassroots up, shows us just how important it already is for the UK economy and the progress already made.

“It also illustrates the chains and networks of supply are present and scalable, enabling the significant growth required in the wider sector. What we need now is a comprehensive policy framework and the required rapid growth can be achieved.”