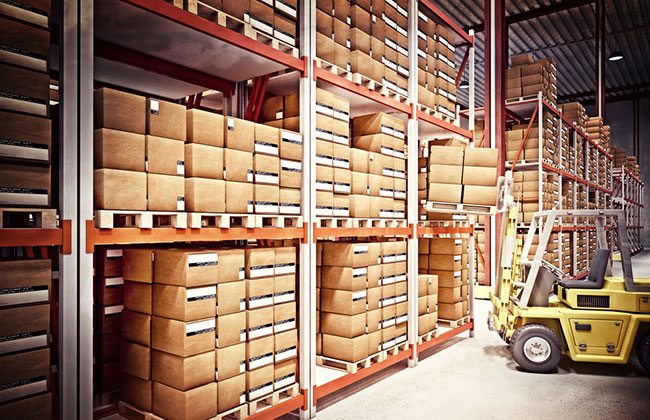 Companies looking for somewhere to store extra supplies of fresh food in the run-up to Brexit in March may be too late, the chief executive of the food and drink federation has told MPs.

Ian Wright said that warehouses around the UK for frozen and chilled food are “for all practical purposes booked out at the moment”.

Space for other goods is available but in the wrong places, he added.

He said some suppliers were being “innovative” to provide extra space.

Speaking to the Business, Energy and Industrial Strategy Committee, Mr Wright said that there was no bookable space remaining in the warehouses that can store frozen or chilled produce in the near future.

“We don’t know if there are products in those places or people have booked the space to be careful or for production,” he said.

“Some innovative providers are doing the Airbnb of warehousing which is very interesting, but for big and medium-sized businesses, that just won’t work.”

Mr Wright said there was still availability for ambient goods – food that can be safely stored at room temperature in a sealed container – but not necessarily where it would be needed on companies’ supply journeys.

“Those warehouses are not close to the correct infrastructure or supply chains. The issue is geographical as well as conceptual and is why the intersection around Rugby is such an enormous growth area.”

Mr Wright added that he was in favour of the Draft Withdrawal Agreement negotiated by Prime Minister Theresa May because it was preferable to leaving the European Union without a deal.

“The political declaration is excellent, but it is a list of new year’s resolutions,” he said. “We don’t know if what we see now will remain intact.

“We like what we have now. No deal is infinitely worse than anything we could imagine, therefore the deal on the table is better than no deal, but is not as good as the status quo,” he said.

Mr Wright was appearing before the committee with Dan Mobley, corporate relations director of spirits producer Diageo, and Ian Rayson, director of corporate communications at food and drink company Nestle.

Mr Rayson said his company was buying supplies in advance. “We are stockbuilding some products to bring into the UK and stockbuilding in Europe products that we would send out there,” he said.

Mr Mobley said that his company would wait to see how the UK was going to leave the EU before making decisions on stock.

“If we are going to face a chaotic Brexit, that will pose problems for us and we will work out market by market if we need to increase shipments,” he said.

“We’ve put in place planning so we can manage a no-deal without any disruption to customers.

“We do not supply perishable items but slow-moving consumer goods and we are also fortunate that almost everything we manufacture in the UK is shipped out of Grangemouth and not out of Dover.”

He added that his company’s main worry around Brexit was around the labour market and not the supply chain.