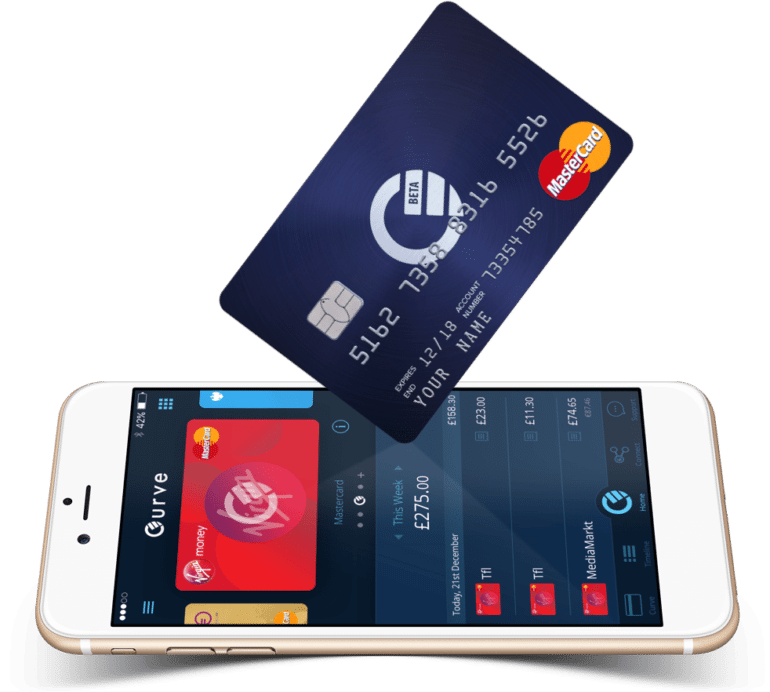 Curve – which combines all your cards into one Mastercard®, connected to a mobile app – has closed a Series A funding round of $10m, bringing total funding to $13m.

A group of global banks, leading VCs and industry veterans have joined the funding round. This follows strong demand and growing consensus that Curve will open up a new ‘Connected Finance’ category in banking, helping established and new European banking providers meet the needs of today’s mobile-first customer.The funding round sees Curve take on funding from the following investors:

Curve customers use an all-cards-in-one Curve Mastercard card to spend from their card-linked accounts, and a secure mobile app to manage their money in one place. Curve is currently in Beta and is available to the self-employed: entrepreneurs, freelancers, and small business owners in the UK. It can be used anywhere in the world that accepts Mastercard. Curve has been used for over £50million in payments in over 100 countries, ahead of fully launching out of Beta. Over 50,000 people have already signed up to Curve.

During Beta, Curve has launched a number of industry-leading features that make banking simpler and safer for customers on the go. These include the ability to spend like a local and save money on FX without changing your banking provider, Curve Rewards, the first programme with instant earn and instant spend rewards, and ‘Go Back in Time’, a patent-pending feature to easily switch the card you paid with retroactively to two weeks after a transaction. The app will also soon roll-out ‘Curve Connect’, allowing users to integrate their spending with other business and banking services – re-bundling the increasingly fragmented financial sector in one secure smartphone app.

This latest funding round will allow Curve to accelerate growth by building more innovative features and recruiting world-class talent ahead of its full launch. Other existing investors in Curve include: Seedcamp, Taavet Hinrikus (TransferWise), Ed Wray (Betfair), Ricky Knox (Tandem), Michael Kent (Azimo) and the founders of Google Wallet and Money20/20.

The company was recently named one of Europe’s 50 hottest fintech startups and joined Tech City UK’s Upscale 2017, a hand-picked network of the UK’s most promising technology companies.

Shachar Bialick, Founder and CEO at Curve: “In the last 12 months, we’ve established a loyal base of customers who love the way Curve complements and improves their existing financial lives. That’s the space in which we’re innovating and this fundraise recognises that focus, marking a new phase in our ability to scale up. It’s rare for such a wide set of banks, investors and leaders to agree on the potential for a disruptive product so early on. The investment highlights growing consensus that we will open up a new ‘Connected Finance’ industry category – with platforms like Curve which rebundle the financial space, making it possible for you to securely manage your money, on-the-go, all in one place.”

Bill Earner, Connect Ventures: “As an investor, we look for high-potential teams that can build great products that allow them to be disruptive on a global scale. With Curve, we’ve found both: a great team and a huge potential to create a new category in an industry ripe for change. Accessing money in a simpler, safer way is a universal need, and we’re excited to be working with the team as it looks to serve that need on full launch later this year.”

Mariano Belinky, Managing Partner at Santander InnoVentures: “With strong traction during Beta, and a unique proposition that looks to effectively serve customers in an open banking world, Curve will make a very strong addition to Santander’s investment portfolio. We are excited about the collaboration between Curve and Santander, and look forward to supporting the business as it evolves from a disruptive payments solution to a fully fledged ‘Connected Finance’ platform.”