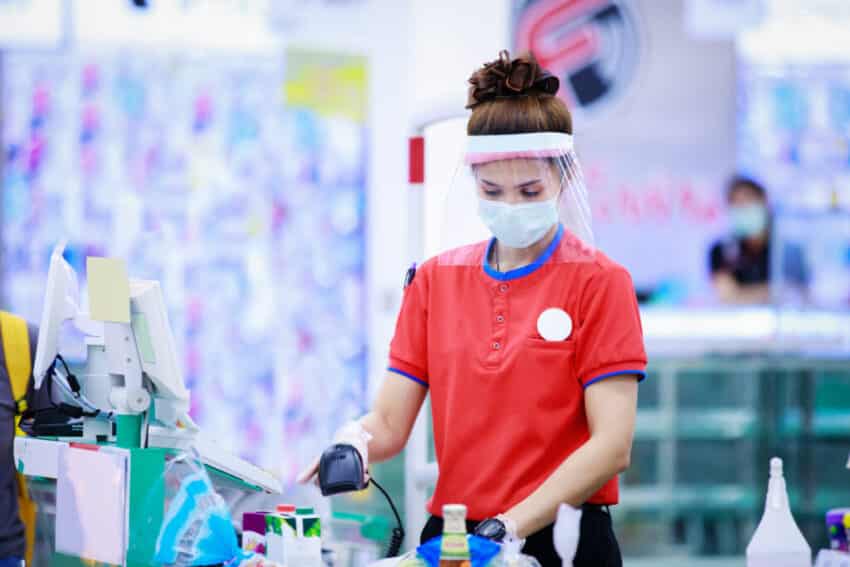 From computer consoles to printers, garden plants to cement, Britain is experiencing serious shortages of many popular products as shops struggle to meet demand amid supply problems.

Retailers say supply chains have yet to catch up from the disruption caused by the pandemic and the blockage in the Suez canal in March, while shortages of some components, such as semiconductor chips, have exacerbated the problems.

The extra time people are spending at home has increased demand for items in the entertainment, home office and home improvement categories as consumers have been looking for distractions, help with remote working or ways to improve their environment.

“Leading Yorkshire-based flooring company Stories Flooring, previously known as Lifestyle Flooring, reported a 45% sales increase compared to the same period in 2019. They also noticed a huge 63% increase in organic traffic, as more people searched for improvements they could make to their homes since lockdown.”

None of the five biggest electrical retailers — Currys, Amazon, Argos, John Lewis and AO.com — has the PlayStation 5 or Nintendo Switch in stock. Almost a third of washing machines and more than fifth of ultra-HD smart TVs are unavailable at AO.com.

Home office supplies are also running low. Three of the top five printers being sold at Printer Base, the online printing specialist, are out of stock.

In a note on its website the company said: “Our manufacturers are reporting unprecedented demand across the whole world, the like they have never seen before or were unable to forecast.” Many consumers are having to pay more for alternative products because the cheapest items are sold out. The lowest priced toaster at Very.co.uk, for example, the Morphy Richards Dune two-slice toaster at £25, is out of stock.

Part of the problem in the electrical category is the difficulty manufacturers are having sourcing semiconductor microchips which are essential for the operation of almost all products.

The shortage was triggered by the pandemic, which at first caused manufacturers of electrical items to reduce their demand for semiconductors prompting chip-makers to cut production. Then as the demand for electronics rose as people spent more time at home, factories struggled to scale up production. Industry executives have predicted chip shortages could last from six months to two years.

Consumers are also struggling to buy garden plants and building materials. The Horticultural Trades Association said retailers were facing the “perfect storm” of Brexit and the pandemic. It said demand was two to three times higher because three million people took up gardening during lockdown.