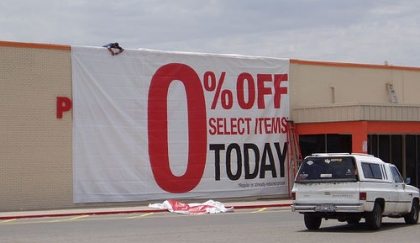 The economy’s gross domestic product grew by 0.1pc in May following a similar
increase in April, according to estimates released on Wednesday by the
National Institute of Economic and Social Research (NIESR).

“The monthly figures are inevitably erratic but the picture is coherent
with the broader picture of stabilisation which has emerged since we first
suggested that output had stopped falling,” said Martin Weale, director
at NIESR.

The estimates from NIESR underline the fact that the recent flurry of data has
shows signs of the economy stabilising. However, few economists are
predicting a strong recovery with unemployment rising, the banking system
still weak and consumer spending remaining subdued.

Paul Tucker, a deputy governor of the Bank of England, said yesterday that it
will not be until the Autumn that it will be possible to gain a clearer
picture of the economic outlook.

Mr Weale said the monthly figures pointed to “March as having been the
trough of the depression”. According to NIESR, UK output has so far
suffered a 4.8pc peak-to-trough fall since the onset of the downturn.

The NIESR figures were the latest sign that parts of the economy are staging a
modest recovery, and coincided with data from the Office for National
Statistics, which showed that UK manufacturing output increased by 0.2pc in
March.

It was slightly better than economists expected and represented the second
monthly rise in a row after the ONS revised up March’s figure from a fall of
-0.1pc to an increase of 0.2pc.

It marked the first consecutive rise in output since January and February last
year, and Hetal Mehta, senior economic adviser to the Ernst & Young ITEM
Club described the data as “an indication that the momentum in the
economy is upwards.”

The biggest rises in output came from the transport equipment sector and
chemical industry.

Industrial output overall, which accounts for about 18pc of the economy and
includes mining and electricity, gas and water supply, rose by 0.3pc in
April. It was the first increase in 14 months and economists had predicted a
0.1pc fall.

“There are signs that the Government’s actions to support the economy
through this difficult downturn are having an effect but there are
absolutely no grounds for complacency,” said a spokesman for the Prime
Minister.

Jonathan Loynes at Capital Economics said the data provided a “decent
platform” for second quarter gross domestic product (GDP), which some
economists are now saying could show flat or very slight growth, compared
with the 1.9pc drop in the first quarter.

However, the British Chambers of Commerce attempted to rein in optimism,
despite the modest increases illustrated in the ONS figures.

“By any longer-term perspective, manufacturing is in deep decline of more
than 13pc compared with a year earlier,”said David Kern, chief
economist at the BCC.

Separate ONS data showed the trade in goods and services deficit widened in
April to £3bn from £2.7bn. Economists had expected the deficit to narrow to
£2.4bn.