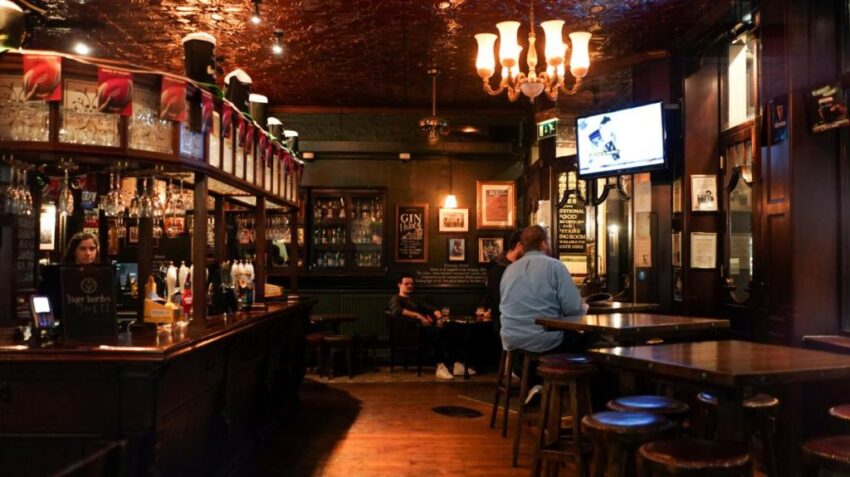 Pub operators have called on the UK government to halve the two-metre social-distancing rule to make business viable when they are finally allowed to reopen.

Simon Emeny, chief executive of pub company Fuller’s, said the UK rules went “above and beyond” World Heath Organization guidelines. The WHO advises people to “maintain at least 1 metre (3ft) distance between yourself and others”.

“I think it’s really important that [the rules] are relaxed by the time pubs reopen,” he said, adding that a one-metre rule would allow four times more customers.

Jonathan Neame, chief executive of pub group Shepherd Neame, said that attempting to keep people two metres apart would be “profoundly challenging” and that many pubs would have to remain closed.

The UK’s 47,000 pubs, as well as many other businesses, have been badly hit by enforced closures during the pandemic.

Both Fuller’s and Shepherd Neame have cut pay, dividends and capital spending, and are discussing access to additional credit with lenders. On Thursday, Marston’s, another pub chain, said it had agreed a £70m short-term loan with its banks.

The sector has also had to dispose of the equivalent of 70m pints of beer that had gone stale, according to the British Beer and Pub Association (BBPA). Much of this has gone into fertiliser and animal feed.

Announcements last week about a possible reopening at the beginning of July and an extension to the government’s employee furlough scheme until October have given a glimmer of hope to the £18bn industry.

“We are pleased to see pubs included as part of the possible reopening of the hospitality sector in July. This would be great news for those pubs who can meet the social-distancing measures required by then,” said Emma McClarkin, chief executive of the BBPA.

But, she warned, “no two pubs are the same — for many, it may be a considerably longer time until they can fully reopen”.

Mr Neame estimated it would be easier for country pubs with outside gardens and terraces to reopen than inner city pubs.

“Part of the route back to consumer confidence, if we can open on July 4 and we can get some decent weather, is that people will want to get into pub gardens,” said Mr Neame. “Hopefully, by the end of the summer when the weather turns, the level of infection will have reduced to a point where one metre can be used inside.”

Some smaller operators, including St Austell Brewery and The Breakfast Club café chain, are backing a campaign for a change to licensing rules that would allow pubs and restaurants to use outdoor areas temporarily to accommodate more customers within social-distancing guidelines.