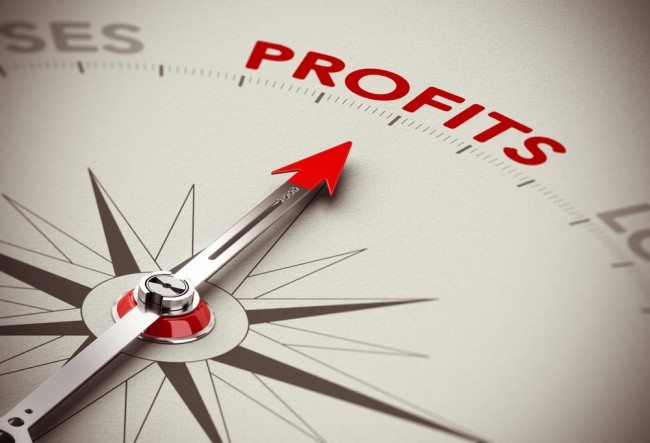 Total annual revenues for FTSE 350 companies with year ends up to the end of December 2014, and that reported them during the first quarter, were £1.44 trillion, down by £116bn compared to a year ago. On a like for like basis, this was a 7.7 per cent fall. This is the worst performance by this cohort since 2010.

Falling oil prices, low commodity prices, and weak global economic growth all hit revenues in the UK stock market’s three largest sectors – oil, mining and banking. The oil sector lost £63bn, the banking sector was down £24bn and mining companies were down £23bn. The strength of sterling in 2014 also took its toll, especially for companies that report in dollars. One third of the total decline in revenues was due to the higher value of sterling.

The decline was mirrored in company profits. Gross profits totaled £208.4bn, representing a fall of 11.7 per cent on a like for like basis. 21 sectors saw operating profits fall, compared to nine who saw them rise – the weakest ratio since at least 2007. Overall, operating profits fell by a fifth, declining to £91.3bn – a drop of over £20bn.

At pre-tax level, profits fell by 15.8 per cent to £88.0bn. This slightly better performance than the decline in operating profit was principally due to lower write-downs from mining companies, and a strong performance in the financial industry. Financials were the standout performer, raising pre-tax profits by 43% and adding £10.8bn to its total. Financials were the biggest contributors to UK profits for the first time since 2010. However, the oil sector saw pre-tax profits decline by £26bn, reflecting the weight of restructuring in an industry reacting to lower oil prices.

Overall, companies reporting annual results in the first quarter of 2015 recorded net profits of £64.3bn. This represented a like-for-like fall of 9.8 per cent, and was the lowest level of profit since 2008, when this cohort posted post-tax profits of £33.8bn. While miners and financials made positive contributions, this was overshadowed by the declining profitability of the oil sector, pharmaceuticals, gas utilities, aerospace and tobacco. The number of sectors with net profits rising actually outnumbered those witnessing falls, but the sheer size of the sectors which saw falls led to profits falling.