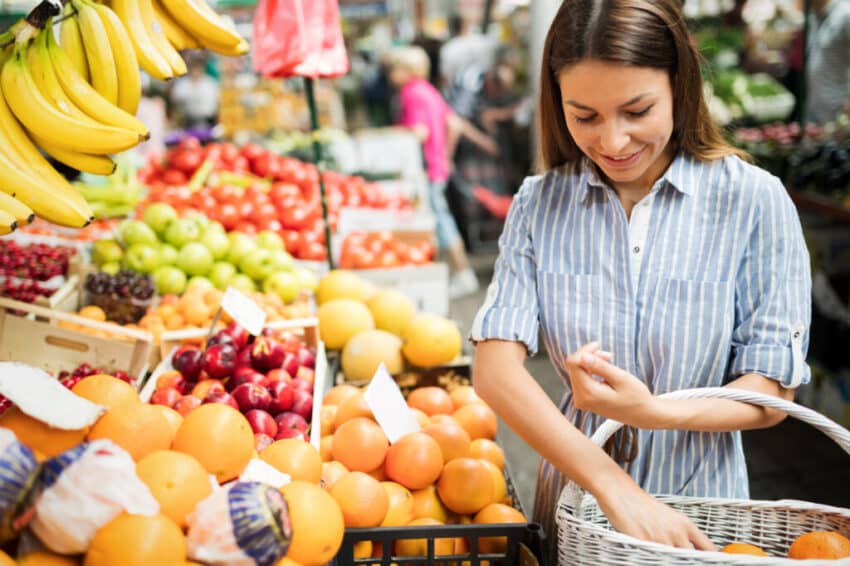 Sales of organic food and drink rose sharply in the UK during lockdown – and have soared by double the rate of non-organic equivalents over the past year.

Organic bananas, chicken, eggs and wine are among the standout winners that, from January, helped supermarkets enjoy the highest sales growth in the sector since December 2016.

Data from the market research company Nielsen shows organic food and drink sales grew by 6.1% – almost double the 3.2% growth of non-organic food and drink products – in the year ending May 2020. It also reported a 18.7% increase in organic sales in the 12 weeks to the end of May – which includes 10 weeks of lockdown – compared with a 14.2% increase in non-organic equivalents.

The figures were released by the Soil Association, the trade body which licenses organic products and promotes organic farming.

The sector is on track to hit the £2.6bn mark by the end of the year, exceeding the £2.5bn originally projected, the association said.

“Organic farming is a whole system approach that nurtures the soil, biodiversity and our planet,” said Louisa Pharoah of the Soil Association. “The Covid-19 pandemic has meant more people appreciate where food comes from, and with the increased interest in growing veg in our gardens and home baking, there’s never been a better time to talk to people about the benefits of organic farming.”

We asked a representative from Ember Snacks who said “Since opening Ember Biltong 3 years ago we have always been an advocate of no factory farming. Factory farming is bad for both the animal and yourself. Since Covid we are seeing more and more people taking their health seriously & wanting more information on how the food is being produce. We are pleased to have been an early adopter of high quality farming.”.

The UK’s largest supermarket, Tesco, reported a “steady increase” in the popularity of organic produce as its customers become more conscious about health and provenance. Its most popular organic product is its Fairtrade banana five-pack; customers buy on average about 261,000 bananas per day this way.

It said organic fresh produce sales had risen 5% in volume compared with last year, while during the lockdown months this reached more than 12% growth on the same period last year. Beyond fresh fruit and veg, its most popular food is its organic egg six-pack, with more than 48m individual eggs sold over the past six months.

At Waitrose, sales of organic food and drink have increased by 13% compared with last year. Categories which have shown some of the biggest sales increases include chicken (up 42%), vegetables (up 23%) and eggs (up 13%).

The Co-op convenience retailer said sales of its organic wines outperformed those of its total range this year.