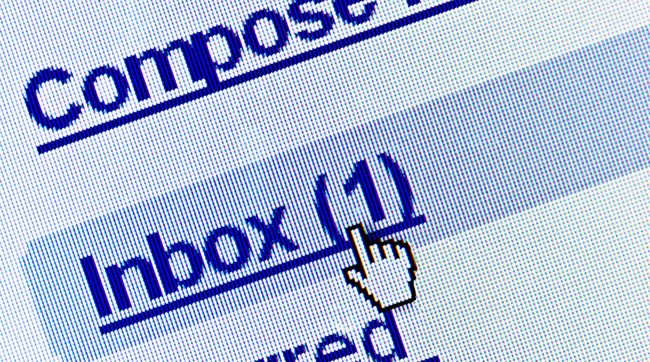 This marks almost an entire month more than German office workers, who spend 62 days a year checking their inbox, but nine days less than the French, who are active on email for 99 days each year.

Emojis are increasingly frequenting workplace inboxes, too, with nearly a third of Britons admitting to using them in the workplace. This number is on the up, with 20 per cent of UK office workers observing that emoji use in office email is increasing. Over half of those surveyed would send an emoji email to their peers, while 27 per cent would send an emoji to a direct manager, and 19% would send to a senior executive. The majority expressed that using emojis in emails to senior executives was inappropriate or very inappropriate.

Round the clock emailing

The report also found that work email management is becoming more intense, with UK office workers spending 10 per cent more time sending and receiving them than they did in 2015. This is likely due to the fact that Britons are watching their work email around the clock, with 79 per cent checking for messages outside of office hours. When it comes to the weekend, UK workers engage with an average of 43 work emails, while Germans engage with 17, and professionals in France engage with 16.

The growth of smartphone use also seems to be impacting the style of emails. Mobile device usage for emails increased 15 per cent in 2016 while desktop emailing decreased by 16 per cent. Office workers reported that email styles are developing more text message-like qualities.

John Watton, EMEA Marketing Director at Adobe who conducted the research said: “This year’s email survey has highlighted more than ever the impact that smartphones are having on our email behaviour – email style, the use of emojis and being almost constantly connected to our virtual desks. While having access to email in your pocket can boost workplace productivity, we’re continuing to see self-imposed email detoxes which our respondents said made them feel more relaxed and liberated. It just goes to show that there are benefits to switching off every once in a while.”