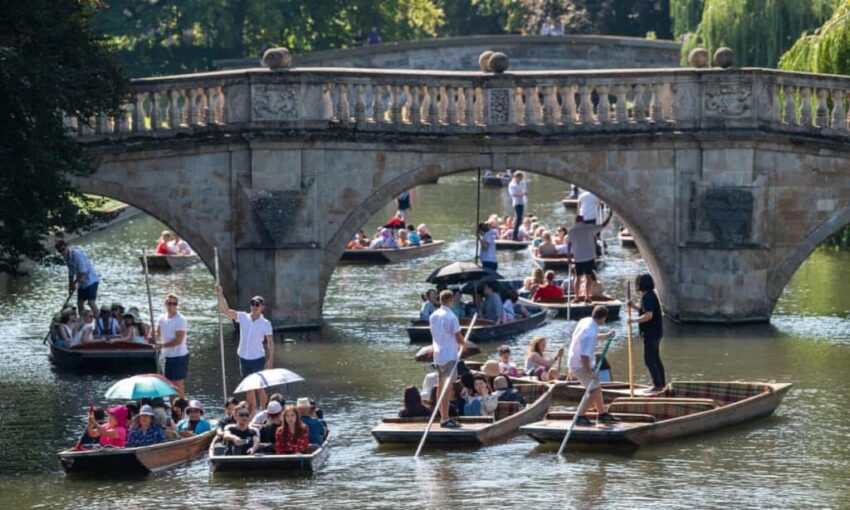 A prominent economist says an extra national holiday in October might boost the country’s economy by £500m.

Douglas McWilliams, deputy chairman of the Centre for Economics and Business Research (CEBR), also suggested a move towards a four-day working week could help the UK’s finances – in an apparent reversal of his thinktank’s previous position.

The government is considering introducing an extra bank holiday in October, proposed by the tourist agency VisitBritain, partly to compensate for the effects of the Covid-19 lockdown.

In 2012, the CEBR estimated that the average bank holiday left the UK with a bill for £2.3bn and asked: “Do we really need so many?” That research has since been widely used by opponents of further collective days off.

On Monday, McWilliams said: “This year it would be quite likely that the boosts to spending in [retail, hospitality and catering] from an extra bank holiday after a period of enforced abstinence might well be double the usual boost, adding up to as much as £440m. There could well be a further stimulus from tourism boosting the UK economy by an additional £50m. So a rough £500m a day boost from more spending.”

The CEBR had started to modify its position on bank holidays over recent years, as other research suggested that more paid time off might provide an economic boost.

Last year, the thinktank said it calculated that the effect on (GDP) of bank holidays were much lower than the £2.3bn bill estimated in 2012 since the UK had fewer factories that shut for the day, and because lost productivity could be made up elsewhere.

McWilliams has also written about how the UK works 10% more than the Dutch but has a lower GDP per capita than the Netherlands, and that an increase in productivity could pay for more days off.

The CEBR’s evolving position mirrors that of many left-leaning thinktanks, which have argued for more paid time off as a way of boosting the economy.

Last year, the New Economics Foundation said giving workers more paid holiday would help drive up spending power in the entire economy and could give firms a greater incentive to raise their productivity, as confidence about demand increased.

McWilliams added: “So if one additional day off is a good thing, what about making it permanent and moving to a four-day week as is being suggested for New Zealand? Our assessment [is] cautiously positive, though making it work would require decisions to constrain public spending and to ensure that business costs did not rise.”