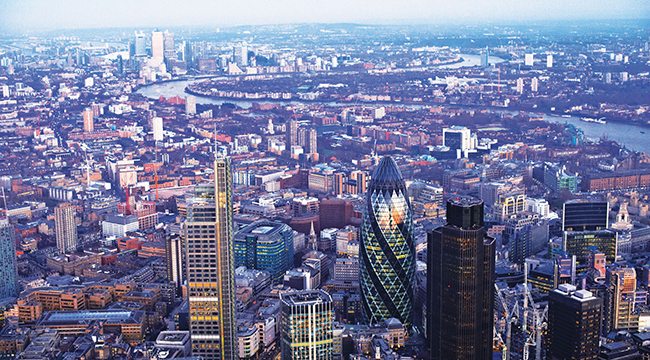 Boosted by a recovery in the property industry, financial services is one of the most buoyant sectors, with high numbers of new vacancies expected.

Data from a survey covering more than 2,100 employers also show that, despite pressure on the high street, retail is on course to achieve its strongest jobs growth for five years.

The closely watched quarterly survey by global recruiter ManpowerGroup comes ahead of the release on Wednesday of official unemployment figures. They are expected to show a further fall in the number of people out of work.

Economists in the City expect the total number of people in work to have hit a peak of 29.8m, reports The Telegraph.

The figures reinforce the Chancellor’s argument that the economy is in the middle of a “broad based and sustainable recovery”.

A consistent fall in the rate of unemployment below 7pc, from its current level of 7.8pc, will be the deciding factor in persuading Mark Carney, Governor of the Bank of England, to raise interest rates.

Reducing the rate of unemployment in the US, Europe and the UK has proved a difficult task for policymakers, who are juggling the need to persist with austerity programmes while introducing measures to boost investment and private sector hiring.

James Hick, ManpowerGroup Solutions UK managing director, said the survey results reveal a “game-changing year” for the jobs market in a number of areas, with the North East – recently branded as “desolate” – showing surprising levels of optimism among prospective employers.

Overall, the National Seasonally Adjusted Net Employment Outlook produced by Manpower showed 6pc of companies are expecting to hire in the final quarter, up from 5pc in the previous three months, indicating the strongest forecast growth in hiring since before the financial crisis hit.

“Looking to the future we see further finance jobs in the pipeline,” said Mr Hick. “We expect financial institutions to gear up for this by taking on staff with the necessary skills.”

The recovery in the North East is reflected in a positive 10pc recruitment figure, with engineering companies hiring project managers and skilled staff for offshore wind farms.
Forecasts of jobs growth in the North West are at their strongest in eight years.
Yorkshire and Humberside are the only regions where cuts are outstripping recruitment, the Manpower survey showed.

Despite the upbeat tone of the study, some economists argue that companies will continue to seek greater efficiencies before an appreciable reduction in unemployment can take hold.

Howard Archer, chief UK and European economist at IHS Global Insight, expects the headline jobless figure will drop by a further 21,000 to a 26-month low of 2.4m but does not see employers rushing to recruit when they still have scope to increase productivity.