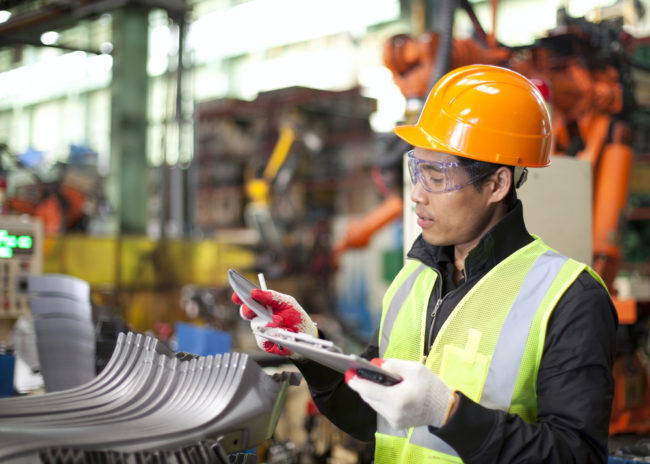 New orders have built at a rapid pace, with output for January at a two and a half year high, the fastest rise since May 2014. However, the price pressures identified in the previous two months’ surveys have strengthened further, with input cost inflation rising steeply to a record high and output charges also increasing sharply – at record rates for this survey.

There has been a good increase in new orders. While the growth rate for orders is slightly lower than the previous month’s highs, the figure still stands far above survey averages.

The main source of new business was domestic orders. While there was a small increase in new export orders, this has expanded at a slower rate than previously. Survey respondents highlighted that new overseas business followed better global economic conditions and benefitted from the weak Pound.

“Purchase prices grew at the highest rate in 25 years of the PMI survey, as a result of Sterling weakness and increasing commodities costs,” commented David Johnson, Director at Halo Financial.

“While the domestic sector has benefitted from a weak Pound in terms of exports, poor exchange rates with Sterling’s key trading partners has pushed up costs. When you add in the rising cost of commodities and their effects in turn on regularly traded currencies, such as the US, Australian and New Zealand Dollars, it highlights the sectors reliance on currency exchange and raises concerns as to whether the rapidly rising prices will knock the sector down from its positive position and impede sector growth if the situation doesn’t change soon.”

At the same time, better pricing power caused selling prices to increase – output charges grew at one of the steepest rates seen since the survey began. With all the cost pressures, suppliers put up their prices, another contributing factor to the growth in average purchase costs, with increased demand for raw materials causing supply issues.

Meanwhile, in Europe, the Eurozone Manufacturing PMI for January was posted at 55.2 in January, above the estimate of 55.1. This shows a significant improvement for the manufacturing sector in Europe and continues the two-and-a-half-year record seen in December, thanks to a strong flow of new business and impressive job creation figures, which are the quickest job creation growth since early 2011.

Austria, Germany and the Netherlands saw the strongest growth, as Greece continued on a downward. In Europe, it is also clear that there is increased pricing pressure, as input and output costs accelerate.

Spain also saw impressive growth, at a 20-month high, and Ireland’s figures improved, now at a two-month low. The manufacturing sector in Ireland looks to be having a comfortable start to the year, with output and new orders on the rise. There was optimism from firms in the sector that there would be further growth in output and companies are employing new staff. However, with input cost inflation rising rapidly – the steepest rise since October 2012 – output prices are also rising at pace.

France saw improved performance, too, rising to a five and a half year high.

In contrast to positive results throughout Europe, both in output and jobs growth, Greece saw a marked decrease, with a lapse in overseas business and dramatic cuts to staffing levels, falling the fastest since October 2015.

As the increase in costs grew by a five-and-a-half-month record, so did rising charges, down to increased import costs from a weaker Euro and the rising price of commodities. Concerns were raised about steep hikes in vendor prices and the effects on vendor lead times, with delays not seen since 2011.