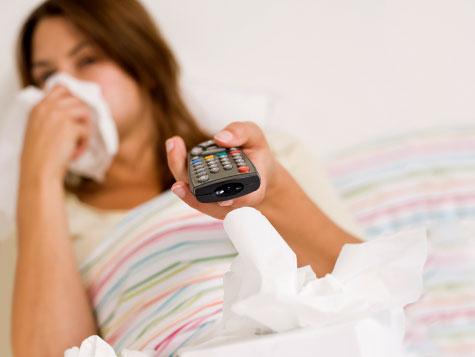 Over a quarter of UK employees feel like its ok to “pull a sickie” at work, significantly more than the European average of 21 per cent.

The study which surveyed workers across France, Germany, Italy, Netherlands and the UK, found that of those UK workers who believe calling in sick is acceptable overall, 85 per cent think it’s reasonable to do so two or more times a year.

Over three quarters of UK employees have not wanted to go into work at least once over the last 12 months, again significantly higher than the European average of 74 per cent. One in five don’t want to go at least several times a week. This is unsurprising when you consider the 40 per cent of UK respondents said they don’t look forward to going to work at their current job.

When compared with our European counterparts the UK is significantly more dissatisfied with their jobs, with 28 per cent of respondents not wanting to go into work several times a month or more, compared with just 15 per cent in the Netherlands and 20 per cent in Italy.

Businesses don’t just run the risk of losing employees to false sick days though, as the research indicates that employees across Europe are also frequently considering leaving their jobs. Over a quarter of European employees feel like quitting at least every few months and over one in ten consider it on a weekly basis or more.

Attitudes towards “pulling a sickie” do vary across Europe and countries with workers more likely to feel like quitting also tend to have a more relaxed attitude towards calling in sick. UK workers are the most likely to feel like quitting, with 19 per cent feeling this way every week or more  – almost double that of workers in the Netherlands – followed by Italy and France. In similar pattern the UK, France and Italy are the most likely to feel that calling in sick is acceptable.

Jeff Phipps, Managing Director at ADP UK, who conducted the survey, commented on the findings: “We all know that employee absence costs businesses and so sick days without sickness are something to be prevented. All too often this trend is linked to unhappy workers and employers have a vital role to play in reversing this worrying attitude. In such a period of political, economic and technological flux, businesses need to have a stable, consistent and engaged workforce.”

Phipps continues: “Business leaders should work to build a genuine relationship with their workforce, using transparency to build trust, and providing development and support to build a committed workforce. It’s important to drive quality management practices that prevent absenteeism while also supporting employees in genuine cases of sickness. Finally, leaders should work to provide quality jobs that stimulate people and give them meaning, so they feel more invested in their roles. This will not only shift attitudes towards sick days, but also improve overall employee retention.”