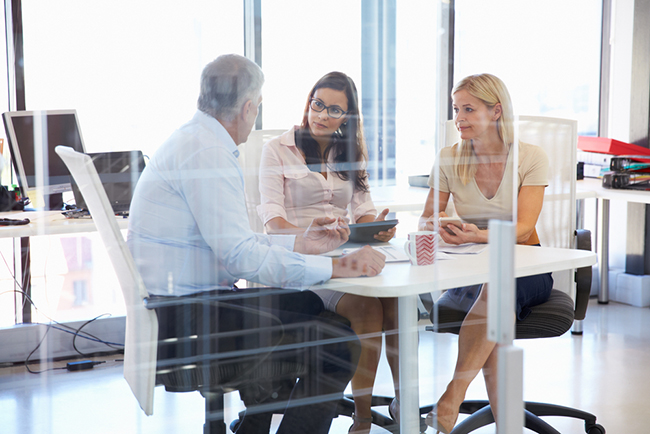 According to the survey, more than two fifths of financial services firms say their confidence has diminished in the face of ongoing uncertainty across the global economy – fuelled by the slowdown in China, the slump in oil prices and the forthcoming EU referendum – while only a fraction of firms say they are more hopeful about prospects than they were last year.

Nevertheless, nearly eight out of ten financial services firms believe that the UK will grow in line with, or faster than, its peers across the G7 over the coming year.

Ed Thurman, MD, Financial Institutions, said: “2016 has already proved to be a very challenging year for the UK financial services sector and this has dented confidence across the sector. The headwinds of economic volatility and new regulation, do not show signs of abating, but the overwhelming view is that the UK will ultimately fare as well as, or better than our G7 peers.”

UK as a centre for Financial Services – looking beyond the Capital

The survey indicates that the UK’s status as a financial centre is likely to remain strong. It shows that more than a third of financial services firms plan to expand their UK operations over the coming years, with the majority looking to grow their ‘front office’ revenue-generating operations; and a half intending to boost their back office workforce.

The firms surveyed said they see the UK’s skilled workforce and financial reputation as key attractions; but many also cited its convenient time zone; widespread use of English and its economic stability.

However, any expansion of the UK financial services sector is not likely to be focused exclusively on London. Many of the firms interviewed said they were targeting regional expansion, in particular the Midlands and North of England, in order to benefit from reduced operating costs and a more diverse workforce.

Ed Thurman said: “The future of the UK’s status as a financial services centre is bright, but it is no longer a story about London. We are witnessing a resurgence of the regions, as vital hubs for the sector, and we can expect to see firms ramp up investment in towns and cities across the UK over the coming year, as they look to establish a presence outside the Capital, in a bid to manage costs and harness the potential of the wider UK workforce.

“While it is clear that the financial services sector values the UK, for a whole number of reasons, it would be a mistake to get complacent. We need to ensure that the conditions are right for businesses looking to invest in London or the regions and that they can see clearly the long term benefits of doing so.”

Risks for the year ahead

The survey looks closely at the various risks that financial services firms are concerned about, and it shows that the two biggest worries, by a wide margin, are financial markets volatility and new regulation. Nearly three quarters of the organisations surveyed said each of these posed a significant risk over the next 12 months.

Other worries highlighted in the responses were the speed of technological change and cyber threats; while many respondents also mentioned the EU Referendum as a significant potential risk. Two fifths of firms interviewed said that uncertainty about the outcome of the vote was a concern for them.

More than half of firms questioned in the survey said they believe that technology is the biggest driver of change across the financial services sector, and that it is a priority for investment. A third said that they would focus any surplus capital on improving technology, and specifically digital capabilities.

The main way in which the sector is advancing in terms of technology is through internal developments such as funding their own innovations. However a growing proportion of firms are looking at other strategies, including strategic partnerships, acquisitions and third party joint ventures.

Big data – the term used to describe the huge amounts of information that firms across the sector hold on customers and their spending habits – is seen overwhelmingly (by 65% of firms) as the most significant technological opportunity for the year ahead.

Thurman added: “New technology is the source of so many opportunities for financial services businesses, and it has transformed everything from their understanding of customer behaviour through to their methods of communication. However, with these incredible benefits come serious risks – in the pace of change itself, and in the increasing threat of cybercrime. These are issues that the sector must tackle head on in order to position itself for success over the years ahead.”