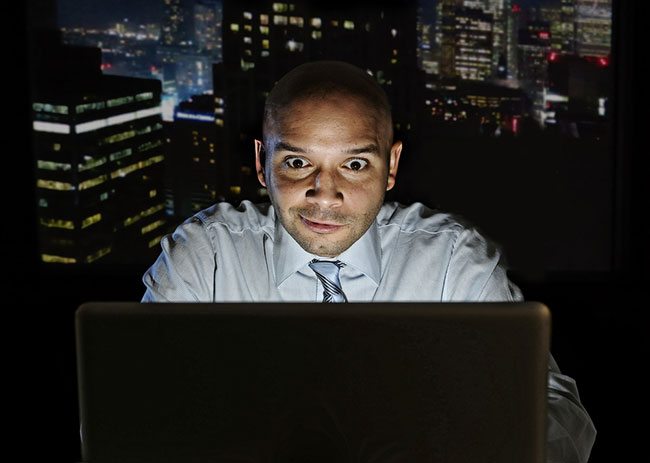 Workers in the UK are ignoring warnings over cyber security by watching adult content at work and frequently opening unchecked email attachments.

This alarming data, coming from a global survey of employees by study by Blue Coat Systems, suggests staff are regularly putting their employers at risk despite widespread awareness of the risks of breaching cyber security protocol.

In the UK one in three employees admits to downloading apps at work without the approval of their IT and systems support teams. This is despite two thirds of respondents stating they know it is wrong to do so.

Workers in the UK are the worst offenders in this respect; in Germany only 27 per cent download unauthorised apps and in France the figure is as low as 16 per cent.

Threats to companies’ cyber security also come from attachments from unknown email addresses. One in five British employees admits they have opened such attachments at work despite 78 per cent seeing it as a serious security risk.

Worryingly for employers 9 per cent of British workers admit to watching adult material while at work. This is not as high as the worst offender China but is the highest proportion in Europe.

Robert Arandjelovic, Blue Coat director of products for EMEA says the ‘dichotomy between the awareness and actions of the employees’ is a troubling trend for global businesses.

‘While IT professionals seek to prevent cyber-attacks occurring, their colleagues’ behaviour is jeopardising employers’ cyber security and ultimately their jobs,’ he warns.

‘The consumerisation of IT and social media carry mixed blessings to enterprises. It is no longer feasible to prevent employees from using them, so businesses need to find ways to support these technology choices while simultaneously mitigating the security risks.’