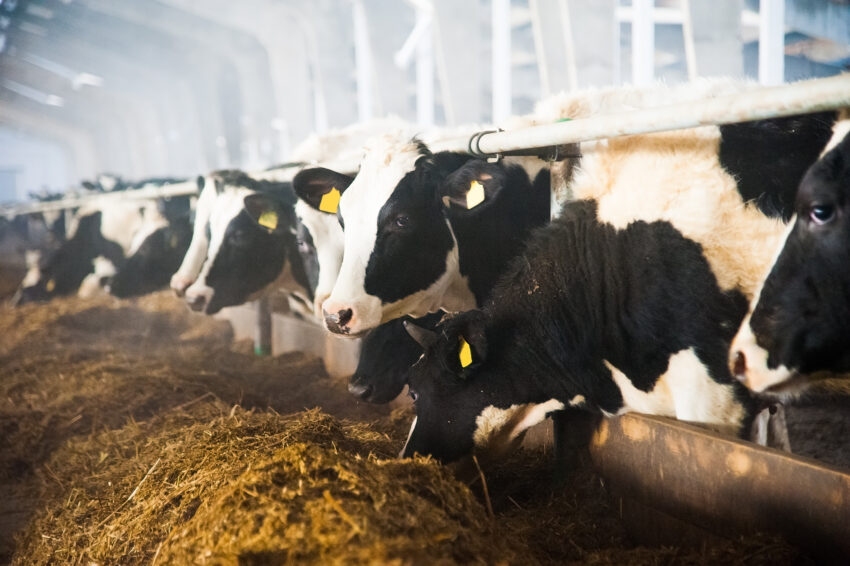 Dairy farmers are warning that a chronic shortage of workers is hitting milk production and further fuelling food price inflation, and are calling for urgent action to stop the situation getting worse.

Eight in 10 farm owners looking for workers said they had received very few or zero applications from people with the right experience or qualifications, in response to a survey by Arla Foods, the UK’s largest dairy co-operative.

Farmers are blaming Brexit and Covid for their recruitment problems, saying that the combination of the end of free movement for EU workers and the aftermath of the pandemic, along with other economic factors, is making it harder to find suitable staff.

Food producers have been warning for some time that huge labour shortages in agriculture have led to unharvested crops being left to rot in fields, and the killing of healthy pigs on farms because of a lack of workers at meat processing plants, and leading to disruption of the food supply chain.

In April, MPs on parliament’s environment, food and rural affairs committee reported that the sector had half a million vacancies last August, representing an eighth of all roles.

Almost two-thirds (61%) of dairy farmers reported it was more difficult to recruit workers than in 2019, as part of a survey of about a quarter of the co-operative’s members. In total, Arla’s 2,100 farmer owners represent about 30% of all dairy farmers.

UK milk production has already been hit by the labour shortage, the survey found, and milk volumes are currently about 3% lower than last year.

A small but significant number of farmers said they had responded to staff shortages by reducing output through cutting back on the number of milkings (4.3%), while some had reduced the size of their herd (6%), and greater numbers of farmers are weighing up taking these steps.

Nearly 12% of dairy farmers are considering leaving farming altogether in the next year if nothing changes.

The industry is calling on government to add specialist roles such as herd manager to the UK’s shortage occupation list – which is an official record of skilled occupations where there are not enough UK resident workers to fill vacancies – in order to increase the size of the pool of workers.

“Addressing the labour shortage and the implications this could have for food security is vitally important,” said Arla’s UK managing director, Ash Amirahmadi.

“If we don’t act now the current shortages of people will only get worse, jeopardising production on farms, undermining our food security and further fuelling higher prices for consumers.”

Amirahmadi is calling on government and industry to work together to shift attitudes, and increase farming’s appeal among a new group of people.

He has written to the Department for the Environment, Food and Rural Affairs calling for an acceleration in the labour market review promised in the food strategy white paper.