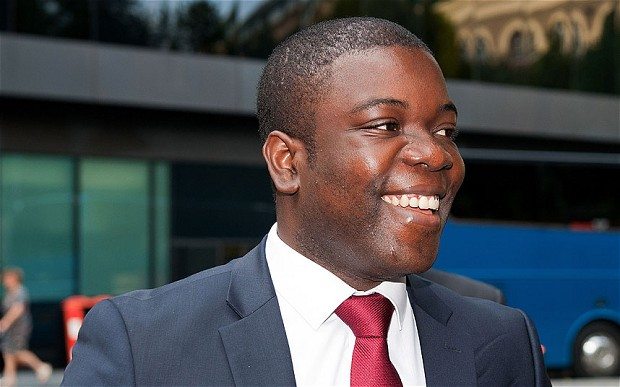 Jailing him on Tuesday, Mr Justice Keith told Adoboli: “There is a strong streak of the gambler in you. You were arrogant to think the bank’s rules for traders did not apply to you.”

Adoboli will serve half his sentence minus a year already spent in custody – a total of two and a half years, reports The Telegraph.

City of London Police, which investigated his activities after he confessed his losses in an email to colleagues, said Adoboli was one of the most sophisticated fraudsters the force had come across.

Detective chief inspector Perry Stokes, from the City of London police, said: “To all those around him, Kweku Adoboli appeared to be a man on the make whose career prospects and future earnings were taking off.

“He worked hard, looked the part and seemingly had an answer for everything. But behind this facade lay a trader who was running completely out of control and exposing UBS to huge financial risks on a daily basis.

“Rules put in place to protect the bank’s position and the integrity of the markets were being bypassed and broken by a young man who wanted it all and was not willing to wait.

“When Adoboli’s pyramid of fictitious trades, exceeded trading limits and non-existent hedging came crashing down, the repercussions were felt in financial centres around the world.

“Now, just a year on, he is facing the reality that he was not above the law and will be made to pay for his crimes.”

A jury at Southwark Crown Court in London had earlier returned a verdict of guilty on two counts of fraud by abuse of position but acquitted him of four charges of false accounting.

The 32-year-old, who was arrested in September last year, had pleaded not guilty to all six charges.

Adoboli was accused of losing his bank billions of pounds in a series of fraudulent trades designed to boost his standing at the bank and increase his bonuses.

Using an “umbrella account”, Adoboli hid the trades from his superiors over more than two years. He invented fictitious counterparties to the trades and repeatedly lied to his superiors to cover his tracks.

His activity came to light after he sent his bosses an email detailing his activities in mid September 2011.

It read: “I take full responsibility for my actions and the s*** storm that will now ensue. I am deeply sorry to have left this mess for everyone and to have put my bank, and my colleagues at risk.”

In court he denied the charges claiming his colleagues knew of his activities and his superiors condoned it.

His defence team painted a picture of an ambitious but well meaning young man who was working for the good of his bank. However on at least one count the jury has rejected that picture in favour of the prosecution case that Adoboli was greedy and immoral.

The jury heard how the Ghanaian-born banker had built up six-figure losses spreadbetting on the financial markets.

When UBS banned its traders from taking out spread bets Adoboli continued but with a different company. Despite earning in excess of £350,000 in 2010 Adoboli was relying on payday loan companies to meet his outgoings when he was arrested.

Swiss bank UBS saw billions wiped off its share price as a result of Adoboli’s unauthorised trading and at one point was at risk of losing £7.4bn, prosecutors said.

Sasha Wass QC told jurors that he was “a gamble or two away from destroying Switzerland’s largest bank for his own gain”.

The £1.4bn loss he caused – revealed when Adoboli sent a bombshell email to colleagues – wiped around 10pc or £2.8bn off UBS’ share price.

A day after the massive losses were revealed, the UK’s Financial Services Authority (FSA) and the Swiss Financial Market Supervisory Authority launched an investigation into what had happened.

UBS went public on September 15 – the day after Adoboli revealed what he had done – declaring a loss of around $2bn, which was later increased to $2.3bn.

By the close of business the next day, it said it had closed out all the market risk and that no clients were affected.

The Board of Directors set up a committee to investigate what had happened, and in the aftermath chief executive Oswald Grubel, and the co-heads of UBS’ Equities business, all resigned. In 2011, the bonus pool for the investment bank was down by 60pc.
Several members of staff from UBS were present in court throughout the duration of the trial.

Detective Chief Inspector Stokes said: “He was a hard worker, he spent a lot of hours working, but we know a lot of that was spent on covering up his fictitious trades and his activity.

“We know about his interest in spread-betting so a lot of his income was going on that. Before this broke he was well-liked at UBS, he was respected. He was a star, he was one of their rising stars.

“He believed he was going to reach the heights within UBS and his colleagues thought the same. His supervisors, seniors, managers, they all saw him as one for the future.

“But what is clear in the evidence we uncovered is if you peel back the layers and the behaviour back to 2008, he was breaking the rules.”