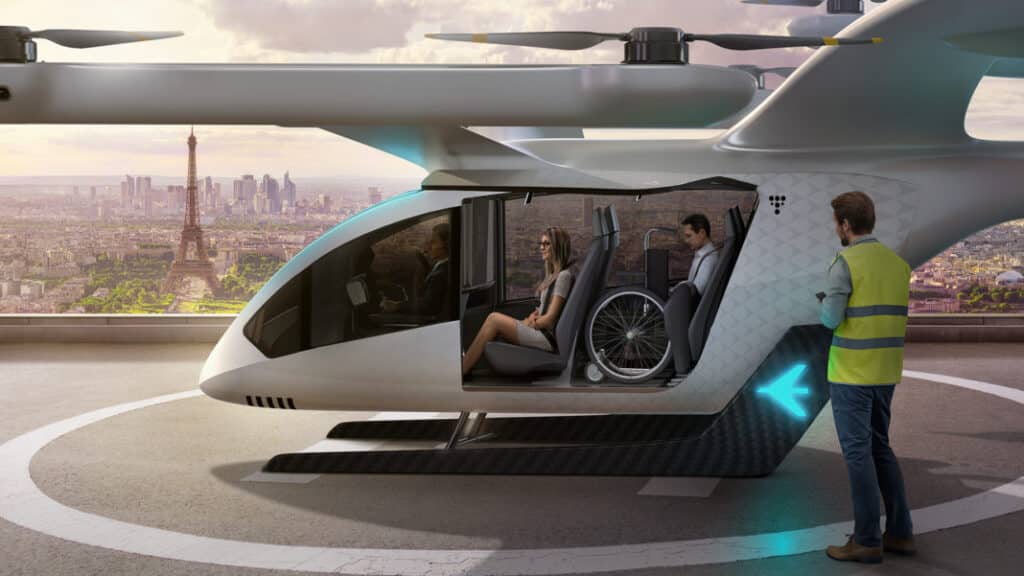 It was meant to put Uber in the sky, with the promise of flying taxis jetting commuters across the cities of London, Melbourne and Los Angeles by the end of the decade — yet less than a year after Uber said that it wanted to create “virtual highways in the sky” and that flying taxis would be a reality in some American cities by 2023, the company is selling the entire division.

Uber Elevate, the flying taxi unit that was staffed by former Nasa engineers and aerospace scientists, has been sold off to Joby Aviation, an electric aircraft developer.

The division had been working on delivering electric vehicles that looked like a cross between an aircraft and a helicopter and could take off and land vertically, fitting in four passengers and a pilot. The flying taxis would have been able to fly up to 60 miles, it was claimed, taking off from the rooftops of car parks and beating congested traffic below.

Uber, founded in 2009, owns the world’s most popular taxi-hailing app. The San Francisco-based company went public in May last year and is valued at $93.5 billion.

Elevate was part of the goal of Dara Khosrowshahi, 51, Uber’s chief executive, to create a service for every transportation need, from scooters and electric bikes to taxis, boats, freight services and flying cars. The goalposts have changed, however. Amid a pandemic that has brought a significant decline in revenues for Uber’s ride-hailing business and growing pressure among investors for the company to become profitable, Mr Khosrowshahi has spent this year shedding many of his “big, bold bets”.

Elevate is the second division to have been sold by Uber this week. On Monday, Advanced Technologies Group, its self-driving unit, passed to Aurora, the autonomous vehicle developer, in a $4 billion deal that involved Uber investing $400 million in the start-up. The sale valued ATG at significantly less than the $7.25 billion price tag put on the division last year in a $1 billion fundraising with investors.

Similarly, Uber is investing $75 million in Joby as part of its latest sale, having made a previously undisclosed investment of $50 million in January. Joby is acquiring Uber Elevate’s technology and its engineering staff.

The deal was described as an “expanded partnership”, although in reality this comes down to Uber customers being able to order a Joby aircraft from its app once the aircraft is finally commercially ready.

Joby Aviation, which is based in Santa Cruz, about 80 miles south of San Francisco, has raised more than $820 million after the latest investment from Uber. The company hopes to start an air taxi service in at least one city by 2023. However, it must pass onerous government regulations in cities worldwide before it can fly hundreds of passengers through the day.

As well as Elevate and ATG, Uber has sold off its freight service in both the United States and Europe and has given its Jump electric bike-sharing service to Lime, the scooter rental company, after leading a $170 million investment round in the start-up.

Mr Khosrowshahi has told investors that the company will make an underlying full-year profit in 2021. Uber initially was hit hard by the pandemic, with revenue from its rides service dropping by 80 per cent in April. In May it said that it was cutting more than a quarter of its workforce and was closing 45 offices. It reported a $1.1 billion loss in its third quarter in November. Gross bookings — the amount charged for taxi fares through its app — fell by 53 per cent year-on-year in the third quarter to $5.9 billion, having dropped by 75 per cent year-on-year in the second quarter to $3 billion.

However, the pandemic and the national lockdowns that followed around the world have proved to be a boon for Uber Eats, its takeaway division, where gross bookings jumped by 134 per cent year-on-year in the third quarter to $8.6 billion. Uber also recently completed the acquisition of Postmates, its biggest American rival, allowing the company to cement its position in deliveries.