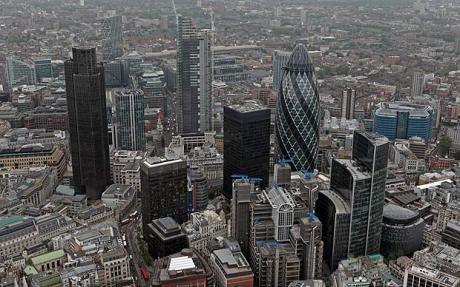 British and US authorities have for the first time outlined their shared thinking for tackling institutions that are “too-big-to-fail”, reports The Telegraph.

The joint paper from the Bank of England and the Federal Deposit Insurance Corporation (FDIC) marks the first time they have tried to address the issue from a cross-border perspective.

Under the plan, regulators will have the power to take control of large financial institutions and break them up if necessary.

“…the resolution authority will take control of the parent of the […] group, apportion losses to the company’s shareholders and unsecured debtholders and remove senior management. In all likelihood, the organisation’s shareholders would lose all value,” Martin Gruenberg, chairman of the FDIC, and Paul Tucker deputy governor for financial stability at the Bank of England, wrote in the Financial Times on Monday.

The paper, explaining how stop the taxpayer bearing the burden of future bank bail-outs, comes in the wake of questions as to how robust the system would be across international borders.

Mr Tucker said: “The ‘too big to fail’ problem simply must be cured. We believe it can be and that this joint paper provides evidence of the serious progress that is being made.”
The paper set out how a “top-down” rescue of a failing institution deemed to be of systemic importance would be arranged.

It confirmed that if the state did sustain losses in the event of its providing temporary support, these would be grabbed back from the financial sector.

The approach is based on legal changes enacted since the financial crisis, as well as – in the case of the UK – the proposed EU draft directive of the issue.

The aim to ensure the healthy parts of a bank’s business can be kept up and running, limiting the risks to financial stability through contagion.