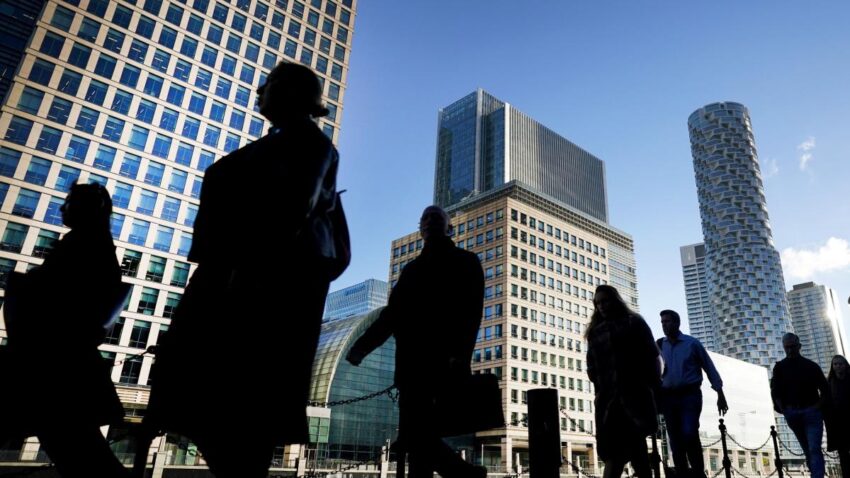 Deloitte’s quarterly survey of finance chiefs at some of the UK’s biggest companies finds they are facing the toughest “external challenges” for eight years. Its findings are echoed by BDO, whose bi-monthly poll of 500 medium-sized businesses reveals how many are scrambling to raise new money to cope with rising costs.

Facing an uncertain economic climate, finance chiefs reported “a record level of risk” — 98 per cent expect operating costs to rise this year, the highest figure since Deloitte’s began asking them in 2011. Some 46 per cent are braced for “significant” cost increases.

Finance chiefs also reported a steep fall in the outlook for company operating margins, with 71 per cent expecting a drop over the next 12 months, up from 44 per cent the previous quarter.

Supply chain delays are a big headache, too, with more than a quarter saying that they are seeing “significant or severe” levels of disruption. One in six anticipates similar blockages continuing in a year’s time.

Neither do finance chiefs have any confidence that the Bank of England will quickly get inflation back down to its 2 per cent target. As much as 78 per cent, the highest reading since the question was first asked in 2013, believe inflation will still be above 2.5 per cent in two years’ time. A quarter expect it will remain above 3.5 per cent. On average, they expect interest rates to double to 1.5 per cent in 12 months’ time, below present market expectations.

Ian Stewart, Deloitte’s chief economist, said that the mix of “rising political risk in the wake of Russia’s invasion of Ukraine” and high inflation meant that the external challenges faced by business are greater today than at any time in the past eight years.

“These risks now far eclipse Brexit and the pandemic,” he said.

Deloitte canvassed the opinions of 89 finance leaders, including 22 from FTSE 100 companies and 34 from the FTSE 250, with a total market value of £526 billion, the equivalent of a fifth of the UK listed sector.

The survey was carried out between March 16 and 30 and spanned reactions to the invasion of Ukraine and the easing of Covid restrictions but not inflation officially reaching 7 per cent.

BDO’s survey of businesses with sales between £10 million and £300 million found almost half of them, 47 per cent, believe soaring energy bills and other costs are their biggest challenge over the next six months. A third said they would increase their prices, extending to 39 per cent for harder hit retail and wholesale businesses. Almost a third are also planning to cut the number of goods and services they offer, with some becoming unprofitable.

BDO found “serious cause for concern” over the Office for Budget Responsibility’s warnings that inflation could reach 9 per cent this year, with 59 per cent of businesses having budgeted for a rise of only between 3 per cent and 5 per cent.

It has left 31 per cent of them seeking to raise extra finance, a figure that rises to 42 per cent for the hospitality and leisure sector, already hard hit by Covid. Despite rising interest rates, BDO found that almost a quarter of businesses were “taking on higher levels of debt to ensure their survival”.

Ed Dwan, a BDO partner, called the findings “deeply concerning”, adding: “The large number of businesses taking on new or increased debt piles in a period of mounting inflation is testament to the challenges they face, and the hike in National Insurance this month could prove a tipping point for many in the midst of the cost-of-living crisis.”