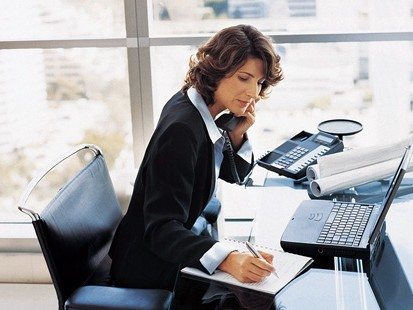 Thousands of UK companies have yet to publish their gender pay figures before Thursday’s midnight deadline.

The Equality and Human Rights Commission (EHRC) said it would take enforcement action against all firms that missed the deadline.

The median pay gap among companies that have so far reported is 10%, against 9.7% last year.

The BBC looked at companies’ median pay gaps. Of businesses with more than 5,000 employees, some with the biggest increase in the pay gap compared with last year include Kwik Fit and Interserve FS.

The median pay gap is not the same as paying women less than men to do the same work, which is illegal in the UK. But using the median pay measure is helpful in understanding the number of women in companies who hold senior roles.

Want to find out the gender pay gap where you work? Try the calculator below.

If you cannot see the calculator, please click here

Only about three quarters of private sector employers had reported their figures ahead of the deadline, leaving some 2,500 still to do so.

The EHRC has vowed to act against companies that do not comply. Chief executive Rebecca Hilsenrath said: “Gender pay gap reporting is not optional. It is a legal requirement and there’s simply no excuse for employers failing to comply with the regulations this year. We will be taking enforcement action against all organisations that have not filed by the deadline requiring them to report immediately.

“Employers that don’t report on time not only risk enforcement action and potential financial penalties; they are letting down the women who work for them. They should be prepared for an unhappy workforce and potential reputational damage.”

Of the companies that had reported by the morning of 4 April:

Who are the firms?

By law, companies, charities and public sector departments of 250 employees or more must publish their gender pay gap figures. The first set were based on a snapshot taken in April 2017, and the most recent data relates to April 2018.

Public sector firms had to report by 30 March, and charitable and private firms by 5 April.

The BBC’s analysis looked at private sector firms which had gender pay gap data and a consistent registration at Companies House for April 2017 and April 2018.

At the garage chain Kwik Fit, the previous year’s pay gap of 15.2% had favoured women, indicating that there were a high number in senior roles. But the latest data shows a reversal, with a 14% gap in favour of men.

A company spokeswoman said the industry had been “historically more appealing to men”, although it was trying to recruit more women.

“We are keen to both promote from within the company as well as recruit more women to help redress this balance,” the spokeswoman said.

The gap at Interserve FS, part of the Interserve Group, widened from 0.6% to 14.9%. Interserve FS is one of 21 entities that make up the outsourcing giant.

A spokesman for Interserve Group said: “We are committed to addressing the issues on gender pay and through the leadership of our chief executive, Debbie White, we are making good progress.”