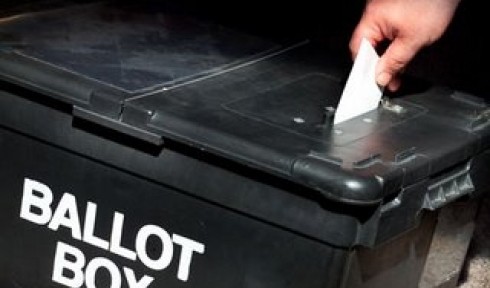 Tuesday 6 April
Gordon Brown becomes the tenth prime minister to ask the Queen to dissolve parliament for a general election. They agree a date for the new parliament and for the Queen’s speech, when the new government outlines its bills.

The prime minister then leaves Buckingham Palace to stand outside Downing Street and announce the general election date of 6 May, flanked by his cabinet ministers.

April 6-8
The “wash-up” period, in which the government rushes through a final few bills before parliament is prorogued, takes place.

Monday 12 April
Parliament is dissolved. The Queen’s dissolution proclamation automatically sets in motion the machinery for a general election. It dissolves one parliament and calls a new one and fixes the date of its first meeting.

Writs are issued for all 650 constituencies (there will be four more seats in the next parliament due to boundary changes). During this period, the prime minister and his ministers remain in their posts in a caretaker capacity. The country is, in effect, run by civil servants during the campaign.

Thursday 15 April
The first of the three leaders’ TV debates is hosted by ITV. The three main party leaders – Gordon Brown, David Cameron and Nick Clegg  – will be grilled on domestic affairs in the first-ever televised hustings of party leaders in the run-up to a general election.

Tuesday 20 April
The last day for candidates wishing to stand for election to hand in their nomination papers. Also the last day for voter registration and for postal vote applications.

Tuesday 27 April
The last day to apply for a proxy vote (for example if you are abroad during the election).

Thursday 29 April
The third leaders’ debate takes place on the BBC. The issue under discussion is the economy.

Thursday 6 May
Election day. Booths open from 7am to 10pm.

Friday 7 May
Election results flow in from early on Friday morning – or, in a few instances, late Thursday evening. Returning officers for two-thirds of constituencies will count votes in the late evening/overnight, with the remainder not starting counting until Friday morning.

The Labour and Tory leaders are expected to claim victory or concede defeat. If either party fails to win a majority of seats to govern in its own right, it could approach other parties to form a coalition government.

Tuesday 18 May
The new parliament is summoned as the biggest postwar influx of new MPs arrive to be sworn in (150 are standing down at this election). The state opening of parliament will take place the following week.

The 12-day gap between election day and the first meeting of parliament is much longer than usual and reflects a recommendation made by the House of Commons modernisation committee in its Revitalising the Chamber report to allow new members more time to settle in to new offices and have an induction before the house starts its work.