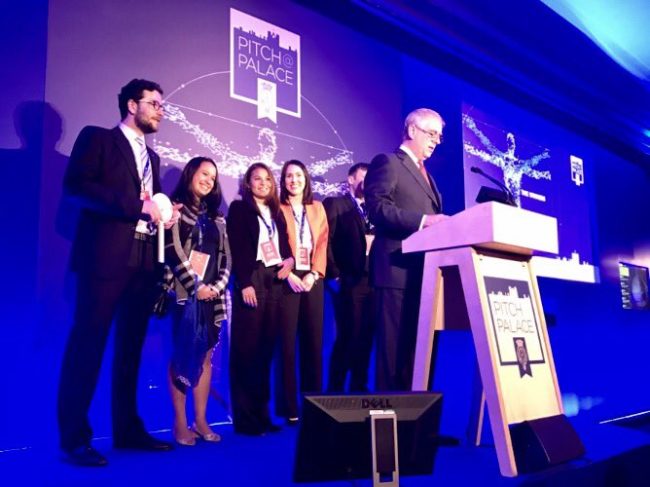 Prince Andrew has described himself as the “entrepreneur-in-residence at Buckingham Palace” as he attempts to carve out a new role within the royal family.

The prince described himself as an “ideas factory” and said he is helping young entrepreneurs and technology businesses.

He said he is also helping to modernise the royal family, highlighting how he had overturned a ban on mobile phones at Buckingham Palace and St James’s Palace and will upgrade their wifi.

He added: ‘We’re all cogs in a huge big bloody machine, yeah? Some of us have the advantage of being able to activate more cogs than other people. That is it.’

Andrew established Pitch@Palace following his decision to step down as the UK’s special trade representative in 2011.

His twice-yearly event, which links British technology firms with investors, has helped raise funds for hundreds of start-ups since 2014 and seen several notable successes.

#pitchatpalace Entrepreneur of the Week is 2.0 Alumnus @ReachRobotics – its MekaMon Robot is now available to purchase from @Apple stores! Available in the UK, EU and USA – visit https://t.co/YtIyiEANH5 for more information. pic.twitter.com/QP5bomnAlq

He has taken the scheme overseas, most recently to China, where he held a ‘boot camp’ for aspiring businesses in the Communist state.

The Pitch@Palace programme was set up to give entrepreneurs ‘the opportunity to meet the people who can help make their business dreams become a reality.’