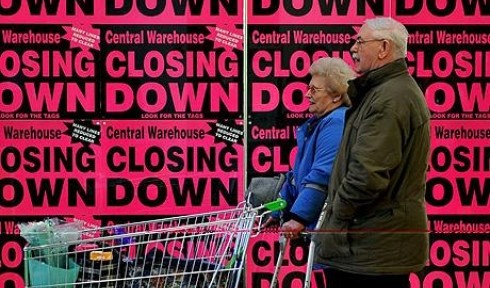 CMI’s Economic Outlook report, which tracks business confidence amongst the UK’s senior executives, reveals that the recession is still negatively impacting on 82 per cent of businesses and shows that job insecurity is at record levels.

Despite signs of fledgling economic recovery, 41 per cent of managers maintain that their business operations remain severely hampered by the effects of the recession. The result is a fragile and frugal business environment, which has the potential to delay the UK’s recovery still further. Unsurprisingly, levels of morale have worsened compared to six months ago, according to 63 per cent of organisations.

Even though official figures suggest that the UK has pulled itself out of the slump, the reduction in availability of long term finance, as experienced by 42 per cent of business leaders, in combination with reduced short term investment (affecting 40 per cent) has forced managers to continue to make tough choices when looking for ways to keep costs low.

Almost half (48 per cent) of UK organisations have kept pay freezes in place, up four per cent on six months ago, and 52 per cent have closed their doors to new recruits, despite assertions by some experts that the jobs market is steadily improving.

Lord John Eatwell, chief economic adviser to CMI says: “The economy is growing, albeit at an anaemic 0.2 per cent, but the promise of recovery is not enough to sustain our businesses while they wait for the situation to improve. Practical help and support is urgently needed. Managers are integral to driving our recovery, but their efforts are being hampered by a lack of available finance and poor levels of employee morale. If they are to turn the situation around, then Government help is urgently required.”

The data reveals that managers are anticipating the situation will get worse before it improves, with all business costs expected to increase.  As a result, nearly 70 per cent are fiercely opposed to the proposed increase in employer National Insurance contributions.

To try and alleviate the pressure, CMI is renewing its call on the Government to provide tax breaks so employers can invest in skills and to introduce measures to improve bank lending to businesses.

Data from the research shows that 81 per cent of managers identify this as important, particularly with more than half the organisations surveyed (56 per cent) reporting a drop in investment for management skills development.

The Economic Outlook report makes for depressing reading, with confidence hampered by the slow road to recovery.  For example, job insecurity among managers is at record levels, with 44 per cent feeling insecure compared to 27 per cent, six months ago.  Today’s report also shows that business confidence has plummeted to new depths: 70 per cent expect business insolvencies to increase and only 28 per cent believe employment levels will rise.

Lord Eatwell continues: “British management faces major challenges: in securing the funds and the skilled labour necessary to sustain efficiency, in maintaining morale in their organisations, and in developing the vision and commitment to the investment needed to rebalance the British economy. We cannot and will not recover without the determined efforts of our managers, but they are struggling to return to business as usual in an increasingly hostile environment. It is evident from our research that the new Government will need to make it an economic priority to support managers in every way possible, post-election, to help transform the business environment and stimulate recovery and growth.”

Despite the gloomy outlook, the research reveals that British managers have some optimism about business prospects over the next three years.  Yet even this net optimism score, of +35, is lower than a year ago (+56).  It is also far worse in the public sector where, facing the threat of cutbacks from all political parties, a net score of minus 30 has been recorded.