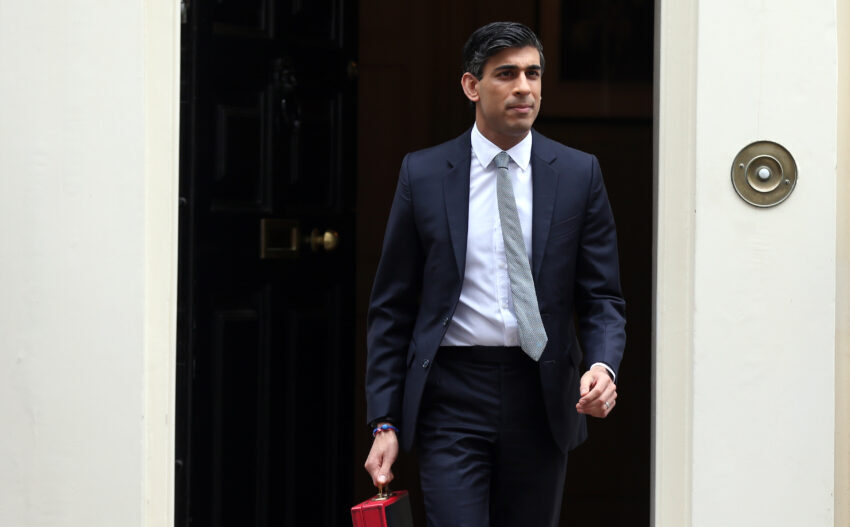 Rishi Sunak is scrambling to finalise a package of measures that could be announced as soon as Thursday aimed at alleviating the cost of living crisis, after the energy regulator said annual bills were likely to shoot up by more than 40% in October.

Ministers are under intense pressure to act after the Ofgem chief executive, Jonathan Brearley, wrote to the chancellor on Tuesday to tell him that the energy price cap, which puts a ceiling on domestic bills, was likely to hit £2,800 – an increase of more than £800 – after a sharp rise in April.

“The price changes we have seen in the gas market are genuinely a once-in-a-generation event not seen since the oil crisis of the 1970s,” Brearley told MPs on the business, energy and industrial strategy (BEIS) committee.

Treasury officials have been working up plans for a windfall tax that could fall on not just North Sea oil and gas producers but also electricity generators, including windfarm operators, which have also benefited from soaring global prices in recent months.

That is likely to be used to fund a direct energy bill rebate as part of a package that could be worth up to £10bn.

Alongside targeted help for low-paid workers, Boris Johnson is believed to favour steps that would benefit middle earners, such as a VAT cut or bringing forward the 1 percentage point income tax cut that Sunak has promised for 2024.

The pair have competing economic visions, and Tory MPs have become increasingly frustrated that a standoff between them has delayed radical action to help the struggling families they are seeing in their constituency surgeries.

Several cabinet ministers, including the energy secretary, Kwasi Kwarteng, and the Brexit opportunities secretary, Jacob Rees Mogg, have made clear their objections to a windfall tax, fearing that it will deter investment.

Sunak had repeatedly said he was awaiting more information on what would happen to energy bills in the autumn before setting out how the Treasury would respond, even suggesting it was “silly” to act before that.

After Ofgem’s intervention, the Resolution Foundation thinktank warned of the cap increase’s potentially devastating impact. It said a rise to about £2,800 in October could mean 9.6 million families across England falling into fuel stress this winter, defined as spending at least a 10th of their total budgets on energy bills alone.

The shadow chancellor, Rachel Reeves, said Ofgem’s warning was “ extremely concerning”. She said: “[It] will cause huge worry for families already facing soaring bills and rising inflation. How many more alarm bells does the chancellor need to hear before he acts? The government have got to get a grip on this crisis and to protect families and our economy.”

Several Westminster sources suggested officials were now aiming at a Thursday announcement. That timing would allow the government to shift attention away from the Sue Gray report on lockdown socialising, which is expected to be published on Wednesday.

However, one Whitehall insider suggested 8 June was a more likely date, with Sunak and Johnson not yet signed up to firm policy proposals.

A Treasury spokesperson stressed that nothing had yet been finally agreed – including whether to go ahead with a windfall tax. One person with knowledge of the department’s thinking said the package was expected to be “substantial” and would be targeted at the lowest-paid.

A No 10 source also suggested the measures were still being finalised. “There are various options that are being considered but no decisions have been made,” they said.

Charities and anti-poverty campaigners have called for benefits to be uprated, after the 3.1% increase that came into force in April led to a significant real-terms cut in living standards for some of the poorest households.

But Sunak has claimed out-of-date IT systems made that impossible. Whitehall sources also claim the Treasury is reluctant to increase universal credit, after being stung by the battle over removing the £20-a-week uplift put in place during the pandemic.

Sunak’s spring statement in March was widely judged to have failed to do enough to help families struggling to make ends meet, with even some cabinet ministers frustrated that the £22bn spent so far on easing the cost of living crisis has been poorly targeted.

Kwarteng told MPs he expected households would receive further help. “What we see now is not the full picture,” he told the BEIS committee. “Both the prime minister and the chancellor have said there will be further announcements in due course.”

Kwarteng added: “These interventions may not be able to solve all the problems consumers face but they will go some way to dealing with this cost of living issue.” Johnson said last week that the government would “throw its arms around people” as it had during the pandemic.

A Treasury spokesperson said: “We understand that people are struggling with rising prices, and while we can’t shield everyone from the global challenges we face, we’re supporting British families to navigate the months ahead with a £22bn package of support.”

Energy prices pushed the consumer prices index (CPI) to 9% in April, fuelling criticism that the government has failed to protect millions of low-income families from having to choose between feeding themselves or heating their homes.

Jonny Marshall, a senior economist at the Resolution Foundation, said: “The sheer scale and depth of Britain’s cost of living crisis means the government must urgently provide significant additional support. The fact that the crisis is so heavily concentrated on low- and middle-income households means it’s clear how the government should target policy support.

“The benefits system is clearly the best route to support those worst affected in the short term – be that via an early uprating or lump-sum payments to help poorer households get through the difficult winter ahead.”

Friends of the Earth called on the government to use a windfall tax to fund an immediate scheme to insulate homes. “Existing plans to bolster the UK’s energy supply and reduce costs simply aren’t moving fast enough,” it said. “Clearly there’s a growing need for emergency support for those unable to meet rising energy prices, while a free street-by-street insulation programme targeted first at struggling households could help to bring down bills quickly before next winter. The government can help to fund this today by taxing fossil fuel companies’ excess profits.”