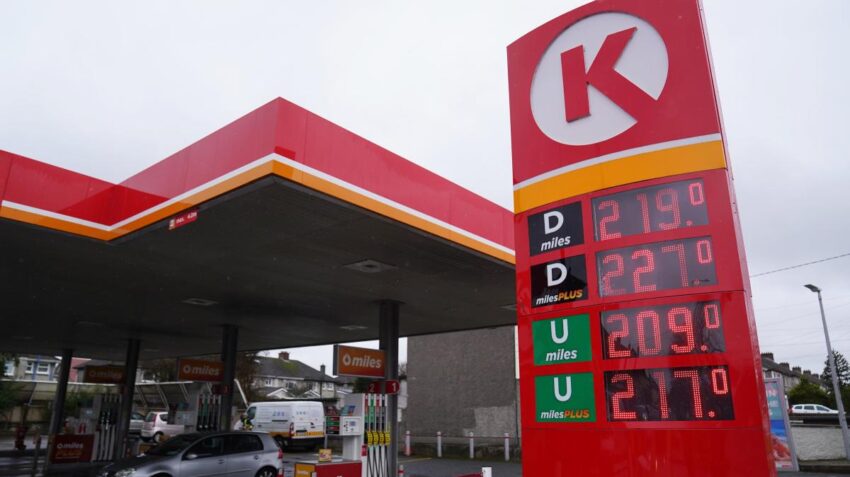 Rishi Sunak stands to make up to £2.9 billion more from motorists in a tax windfall due to record petrol and diesel prices, an analysis by the RAC suggests.

The chancellor again rebuffed calls from MPs yesterday to use his spring statement next week to cut fuel duty after rising oil price rises caused by Russia’s invasion of Ukraine.

Other European countries, including France, Germany and Ireland, have either announced plans for a temporary cut in fuel duties or have plans to do so.

Analysis of official figures shows that with average forecourt prices at £1.63 a litre for petrol and £1.73 for diesel the Treasury stands to make billions of pounds from additional VAT receipts.

The RAC compared current petrol prices with recent averages. It found that in 2019 — before lockdowns caused a drop in driving — the Treasury was taking £10 billion in VAT on annual fuel sales of 46 billion litres. At that time the average cost of petrol was £1.25 a litre and £1.31 for diesel.

The RAC calculated that, at present prices, motorists are paying at least 7p more in VAT for every litre of petrol bought than they were in 2019.

If prices and demand remain at present levels, that would bring £2.9 billion of additional revenues over a year to the Treasury, which has benefited from rising prices since last summer.

France has announced plans for a rebate of 15 cents per litre on fuel from April 1 for four months, which will cost an estimated €2 billion. The rebate will save €9 on filling up a €60 tank.

Sweden and the Netherlands have also cut fuel duty while the German finance minister proposed a “crisis discount” on fuel duty of 20 cents a litre.

The changes will leave British motorists paying some of the highest petrol prices in Europe.

Sunak was challenged by Jake Berry, head of the Northern Research Group of red-wall Tory MPs, to cut fuel duty, saying rising prices had led to a “huge VAT windfall for the Treasury”.

Sunak said he would bear his suggestion in mind. “He is right about the rising cost of fuel at the pumps, although I am pleased to see that over the last few days, the price of Brent [crude oil] has fallen by about 25 per cent, illustrating the volatility of the situation,” Sunak said.

Simon Williams, fuel spokesman for the RAC, said it seemed “wrong” that the Treasury would gain nearly £3 billion extra in VAT this year. He said: “After all, when it comes to petrol and diesel VAT is a tax on a tax as it’s charged on top of 58p-a-litre fuel duty, which itself already brings in £27 billion a year.

“We strongly urge the chancellor to take action . . . to help drivers and businesses, whether that’s purely by cutting fuel duty as some countries have already done or by reducing VAT.”

Retailers have been criticised for increasing their profit margins at a time of soaring fuel costs. Luke Bosdet, from the AA, said: “We should be seeing these record prices level off and start to fall away later this week. If not, MPs who are being deluged by complaints from angry constituents, need to be asking questions in parliament.”

A Treasury spokesman said: “VAT receipts this year are forecast to be £2 billion below the amount collected directly before the pandemic. To keep costs down, fuel duty has been frozen for the 12th year in a row, which will save drivers around £15 every time they fill up their tank compared to pre-2010 plans.”