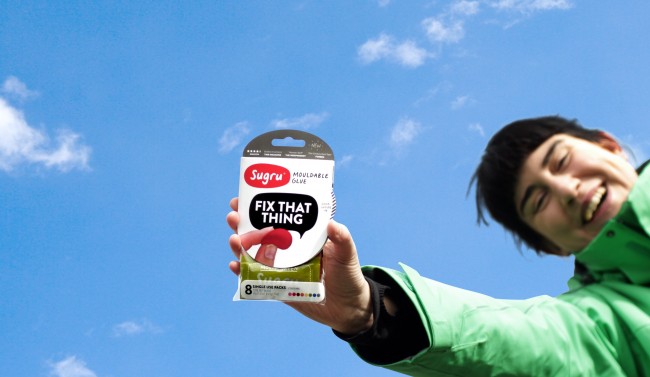 Sugru, the world’s first mouldable ‘glue’, closed its crowdfunding campaign on Crowdcube after raising £3,548,820 from 2700 investors. In the process this campaign has smashed two equity crowdfunding records with the largest single investment of £1 million and by having the widest reach with stakeholders in 68 countries. The pitch overfunded 355 per cent above the original target.

The founder and inventor of Sugru, Jane ni Dhulchaointigh, says: “What a great month! The crowdfunding campaign truly reflects most projects at Sugru: hard work, team spirit, customer interaction, loads of fun and a few record breaking moments. I’m incredibly proud of the team at Sugru for all pitching in to help make this campaign a success and, of course, forever humbled by the enormous amount of interest by our existing and new customers alike. Future plans are already in the making thanks to 2700 fabulously wise investors!”

Director of Crowdcube, Matt Cooper, says: “Sugru has led a stonking campaign and the huge number of investors shows how customers want to support a brand they love and how our crowd of nearly 190,000 people are eager to back interesting companies like Sugru. It’s been one of our most popular raises, proving that crowdfunding really does make investing accessible, affordable and rewarding for everyday investors and professionals.”

He adds, “A major element in Sugru’s success is undoubtedly the £1 million stake from one investor who joined our investor community last year. This landmark, plus several million-plus raises recently, demonstrates how crowdfunding has come of age.”

Sugru will use the money to support further expansion into retail outlets across Europe and the USA. An extensive roll out of this unique adhesive is already underway across 4,000 stores at major US retailers including Lowe’s Home Improvement and Target with the number of outlets scheduled to reach 10,000 by December 2015.

Manufactured in East London, Sugru is an adhesive that moulds like play dough, sticks to almost anything and turns into a strong flexible rubber within 24 hours. Forbes described Sugru as “21st century Duct Tape” and this amazing British invention is fast becoming a ‘must-have’ in every household’s kitchen drawer. It has now sold 5 million packs in over 160 countries worldwide and more than 1 million customers use the glue for all kinds of projects from DIY repairs at home through to customising gadgets, appliances and even toys.