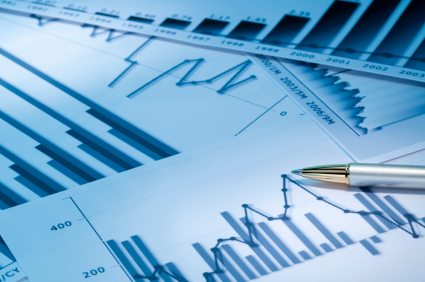 Of the 108 financial companies that responded to the survey, 59 per cent saw volumes rise in the quarter to June, and 21 per cent reported a fall. The resulting rounded balance of +39 per cent marks a further acceleration in the rate of growth, as well as being the ninth consecutive quarter of growth. Companies reported that overall levels of business were above normal, for the first time since June 2007.

The improvement in growth was driven by business with overseas customers and financial institutions. Business with private individuals continued to rise at a similarly solid pace to the previous quarter, but with industrial and commercial companies it was broadly flat.

Income also rose strongly, with the increase in income from fees, commissions, and premiums, and net interest, investment & trading relative to the previous three months both beating expectations. Further growth is expected next quarter, but at a slightly slower pace.

At the same time, average spreads widened further over the past three months, rebounding from a slight weakening in the March survey.

The combination of strong growth in business volumes and income and a widening of spreads meant that profitability continued to rise solidly (+25%), at a similar pace to the previous quarter, marking the twelfth consecutive quarter of growth.

But despite strong growth in activity and expectations that this trend will continue, financial services firms overall were less optimistic about their business situation in the three months to June. This partly reversed the rise in sentiment in the previous quarter.

Furthermore, in the three months to June, the number of people employed in the financial services sector fell modestly, against expectations of a rise. However, companies expect to resume hiring over the next three months.

Firms’ investment intentions for the year ahead have softened compared with the previous quarter. Spending on marketing is expected to remain unchanged relative to the previous twelve months, and businesses plan to spend less on vehicles, plant & machinery. While investment on IT is expected to increase, intentions have weakened relative to the March survey.

The majority of firms continued to cite uncertainty about demand and business prospects as the factor most likely to limit capital expenditure. The weak level of demand also remained the factor most likely to constrain business expansion. The number of firms citing a shortage of finance as a constraint to investment picked up, continuing the volatility in this data in recent surveys.

Regulatory compliance is once again a key driver of business costs and capital expenditure plans. The number of Financial services firms anticipating having to spend more on regulatory compliance over the next twelve months relative to the past year rose to +77 per cent, up from +58 per cent in the last quarter. More firms also highlighted this as a motivation for capital spending in the year ahead (68 per cent, the highest proportion since June 2010). More than half of respondents said that dealing with statutory legislation and regulation was likely to limit their ability to increase business over the next year.

“However, businesses are less optimistic than in the previous survey, have reduced headcount and are reappraising investment plans. Regulatory compliance is an increasing factor shaping investment, activity and intentions.”